Netaji Subhas Chandra Bose’s, 125th birth anniversary on 23 January 2022 is observed as Parakram Diwas or Bravery Day, annually. On the auspicious occasion share some motivational quotes and Parakram Diwas greetings with your friends and family. 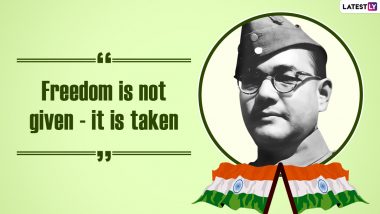 In order to remember and honour Subhas Chandra Bose's indomitable spirit and selfless service to the nation, every year Parakram Diwas or Bravery Day is observed on 23rd January. Netaji led the Indian National Army or Azad Hind Fauj in 1943 to free India from colonial rule. Born in Cuttack, Odisha, Netaji awakened the country to fight against the Britishers by giving the slogan "Give me blood and I will give you freedom". On 18 August 1945, he reportedly died at a hospital in Taiwan as a result of injuries from a plane crash. Subhas Chandra Bose Jayanti 2022: Date, History And Lesser-Known Facts About Netaji To Celebrate Parakram Diwas.

This year India will celebrate Subhas Chandra Bose's 125th Birth anniversary. Netaji was highly influenced by Vivekananda's teachings and considered him as his spiritual Guru. While Subhas Chandra Bose was Congress president many admired him for his energetic role and that is why he was elected President of the Indian National Congress for two consecutive terms. To pay tribute to the freedom fighter, share heartwarming Parakram Diwas Wishes, greetings, and Netaji's Images with your friends and family. 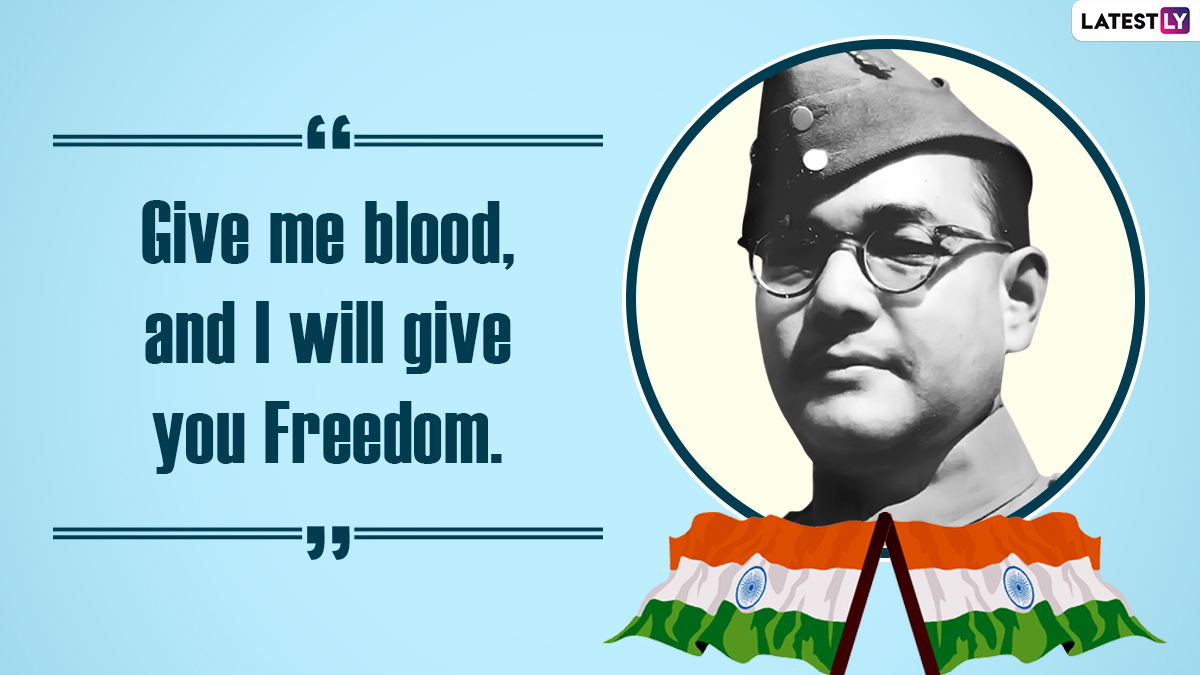 "Give me blood, and I will give you Freedom." 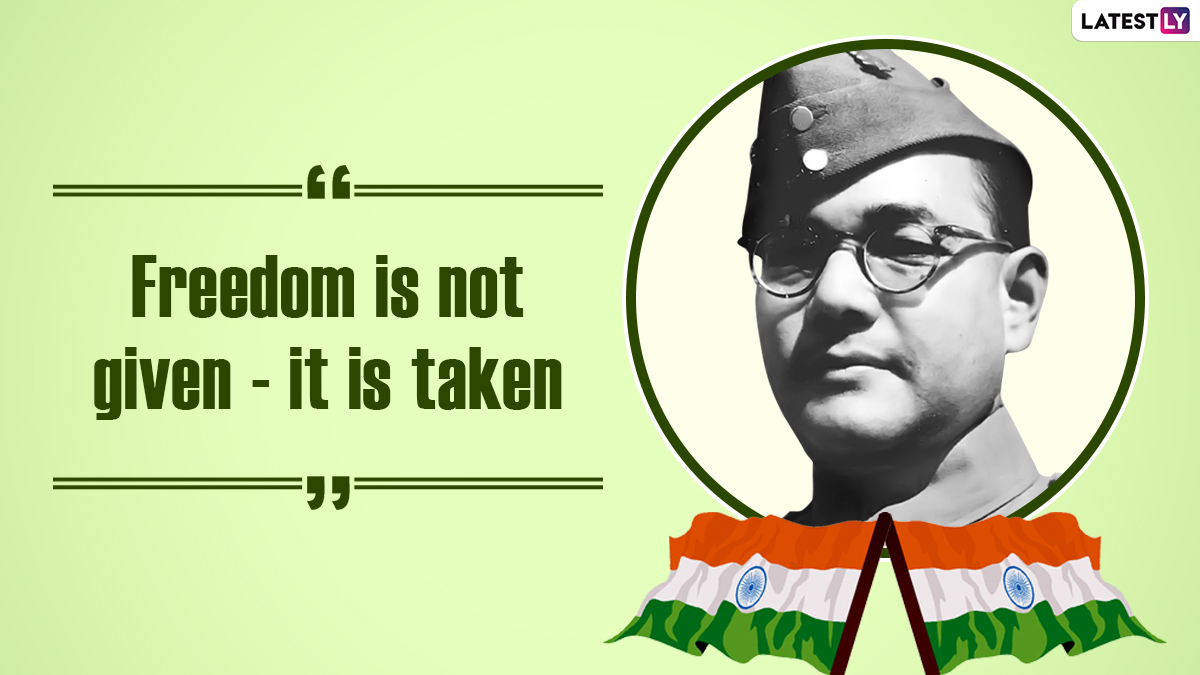 “Freedom is not given - it is taken” 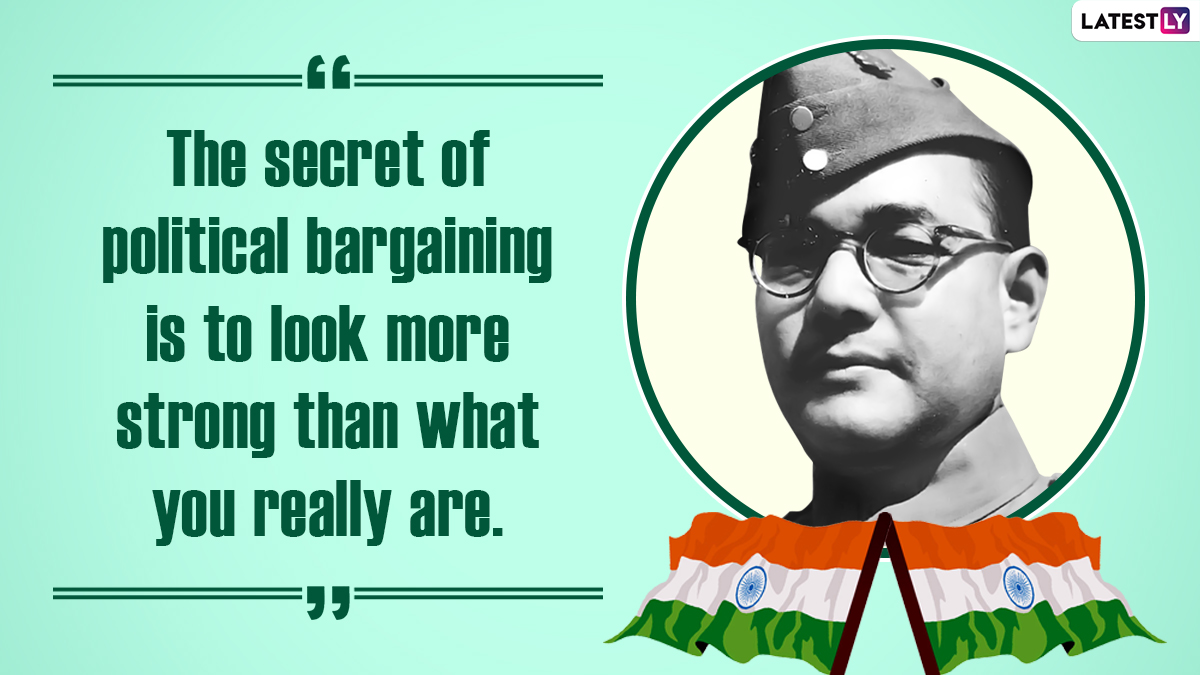 “The secret of political bargaining is to look more strong than what you really are.” 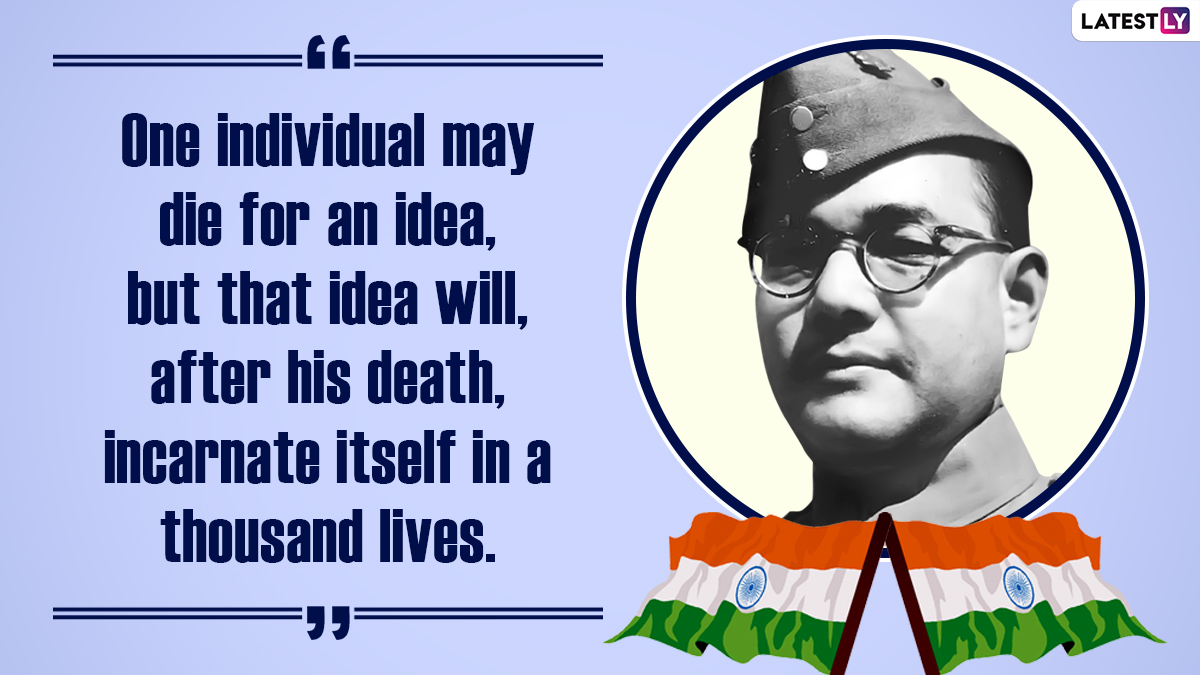 “One individual may die for an idea, but that idea will, after his death, incarnate itself in a thousand lives.” 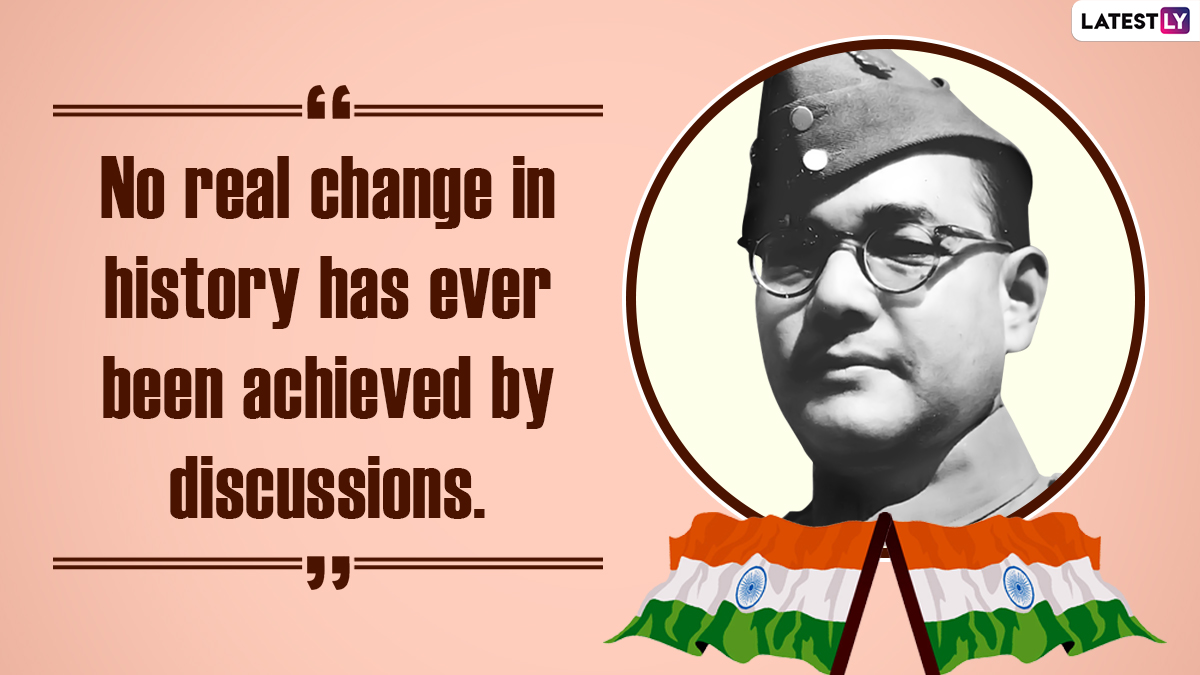 “No real change in history has ever been achieved by discussions.” 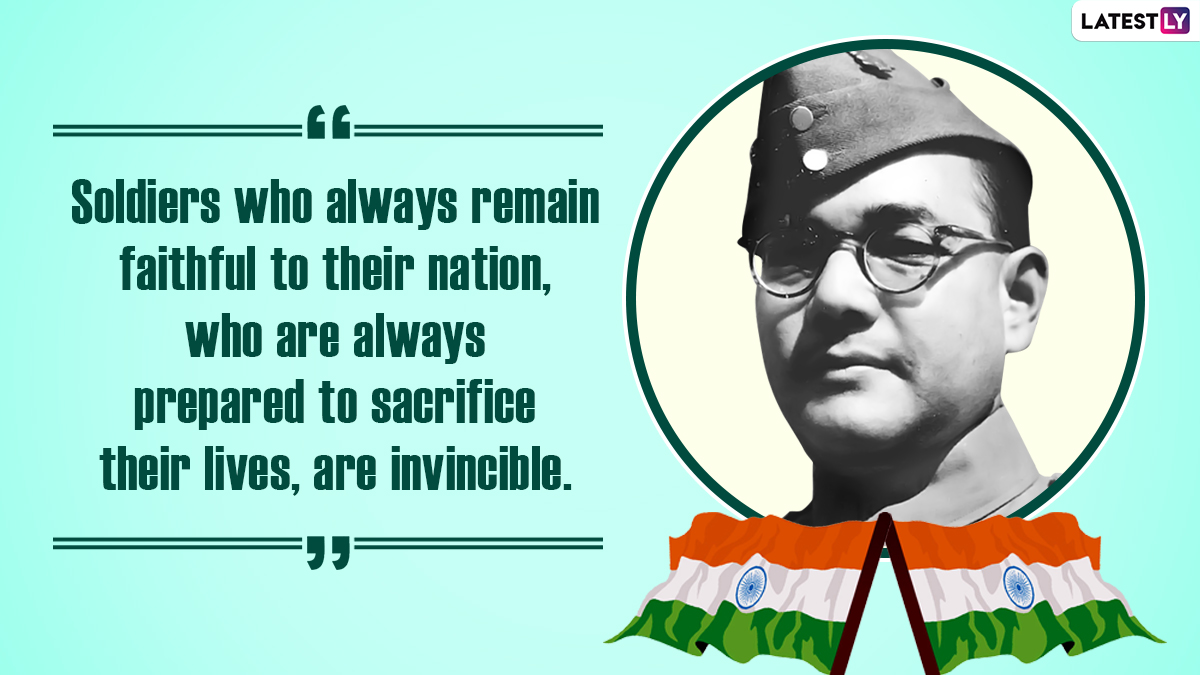 “Soldiers who always remain faithful to their nation, who are always prepared to sacrifice their lives, are invincible.”

Netaji Subhas Chandra was a spiritual patriot. Let us pay tribute to the revolutionary freedom fighter by sharing his thoughts and ideas with the world. Happy Parakram Diwas 2022! Happy Subhas Chandra Bose Jayanti!

(The above story first appeared on LatestLY on Jan 22, 2022 05:06 PM IST. For more news and updates on politics, world, sports, entertainment and lifestyle, log on to our website latestly.com).