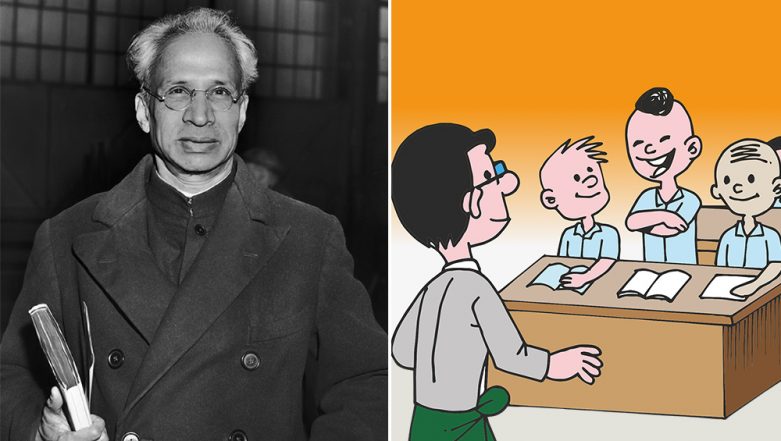 Teacher's Day is celebrated every year on September 5 in India in the memory of former President Dr Sarvepalli Radhakrishnan. The day is being observed since 1962 to honour S Radhakrishnan, one of the greatest teachers of all times. He was a well-known scholar and teacher. The day is to honour and respect teachers and their service towards the society in raising an educated generation. Radhakrishnan was born in a Telugu-speaking family and got his surname from Sarvepalli village in Nellore district of Andhra Pradesh where he was born. And as Teacher's Day 2019 approaches, we have compiled information about Teacher's Day. Teachers' Day 2019 Speeches in English: Inspirational Lines and Quotes for Students to Express Their Love & Respect to Their Favourite Teacher at School.

Radhakrishnan also served as the Vice-Chancellor Andhra University and Banaras Hindu University. He was also called to take the Chair of Spalding Professor of Eastern Religions in Oxford University. After he became the President of India, a group of his friends and students requested him that his birthday be celebrated as Teacher's Day. But Radhakrishnan reportedly said, "Instead of celebrating my birthday, it would be my proud privilege if September 5th is observed as Teachers' Day."

During Teachers' Day, schools and colleges in the country organise various events and programmes honouring teachers. Young children bring flowers and cards to the teachers as a mark of respect. Teachers play a huge role in building the nation and they rightly deserve the respect and honour. Radhakrishnan was conferred with the Bharat Ratna in 1931, along with several other highest civilian awards like Knighthood. He was also nominated eleven times for Nobel Peace Prize. He passed away on April 17, 1975. As the observance approaches, we wish all our mentors, guides and teachers 'Happy Teachers' Day'.