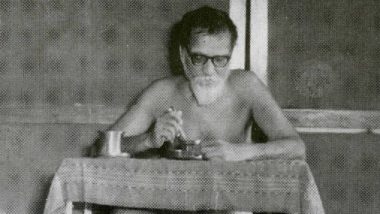 Vinayak Narahari 'Vinoba' Bhave, popularly known as Acharya Vinoba Bhave was born on September 11, 1895, in Gagode, Bombay (now Mumbai). He was an Indian advocate of non-violence and human rights. Acharya Bhave is best known for translating Bhagwad Gita into the Marathi language with the name as Geetai means mother Geeta. On Friday, India will celebrate his 125th birth anniversary.

Born Narahari Shambhu Rao and Rukmini Devi, Vinayak was the eldest son and had four siblings. Vinayaka was highly inspired after reading the Bhagavad Gita, at a very young age. Later he joined Mahatma Gandhi's ashram in Sabarmati, Ahmedabad and abandoned his high school studies. Vinoba' Bhave is also known for his land reform movement called the Bhoodan Yajna or Bhoodan movement (Land-Gift Movement). Bhave was deeply moved by the way people lived in India's rural areas and villages and decided to live a life of austerity. Sarvepalli Radhakrishnan Birth Anniversary: 11 Lesser-Known Facts About One of India's Most Distinguished Minds Whose Birthday is Observed as Teacher's Day.

Here are some of his quotes: 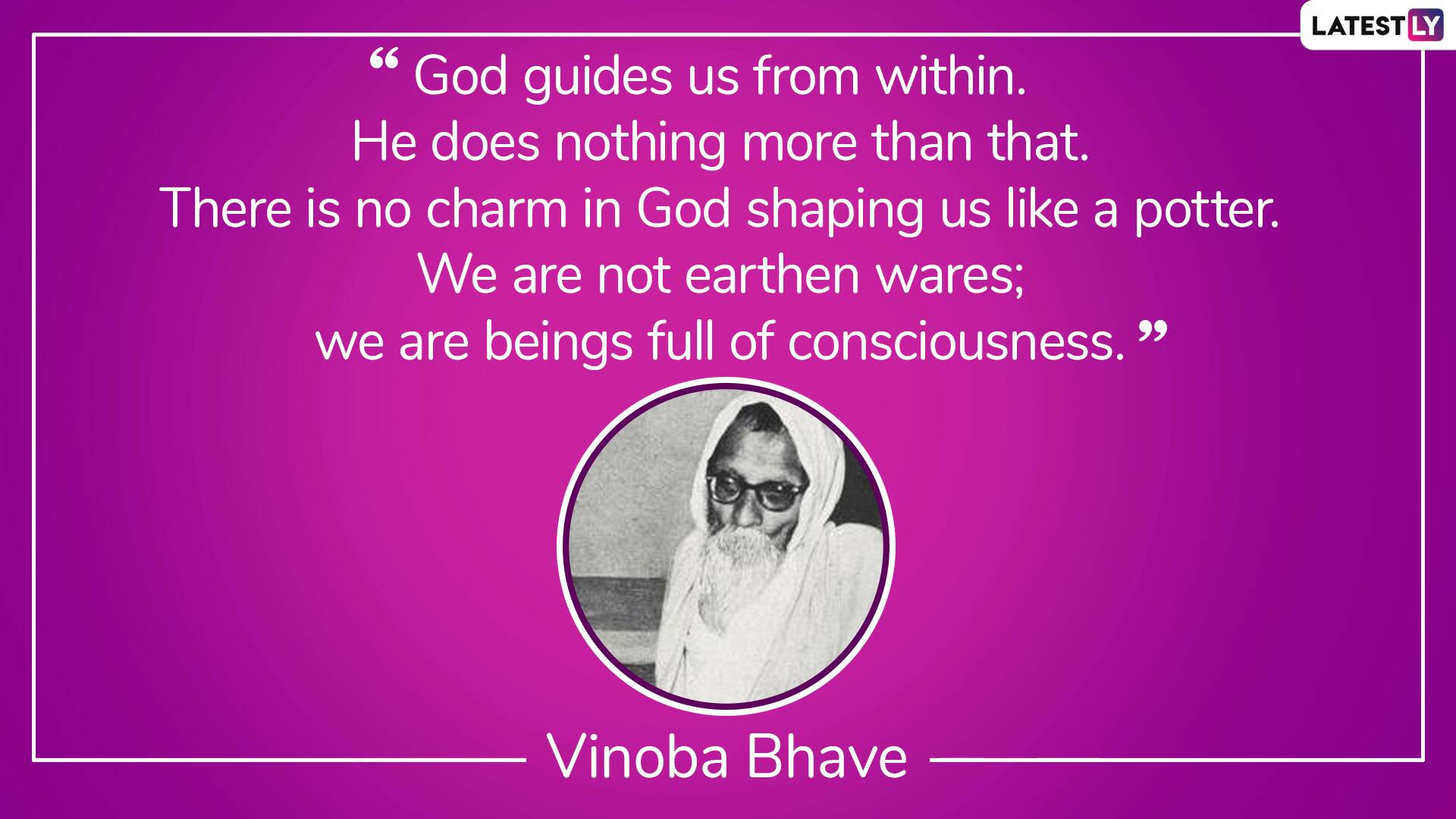 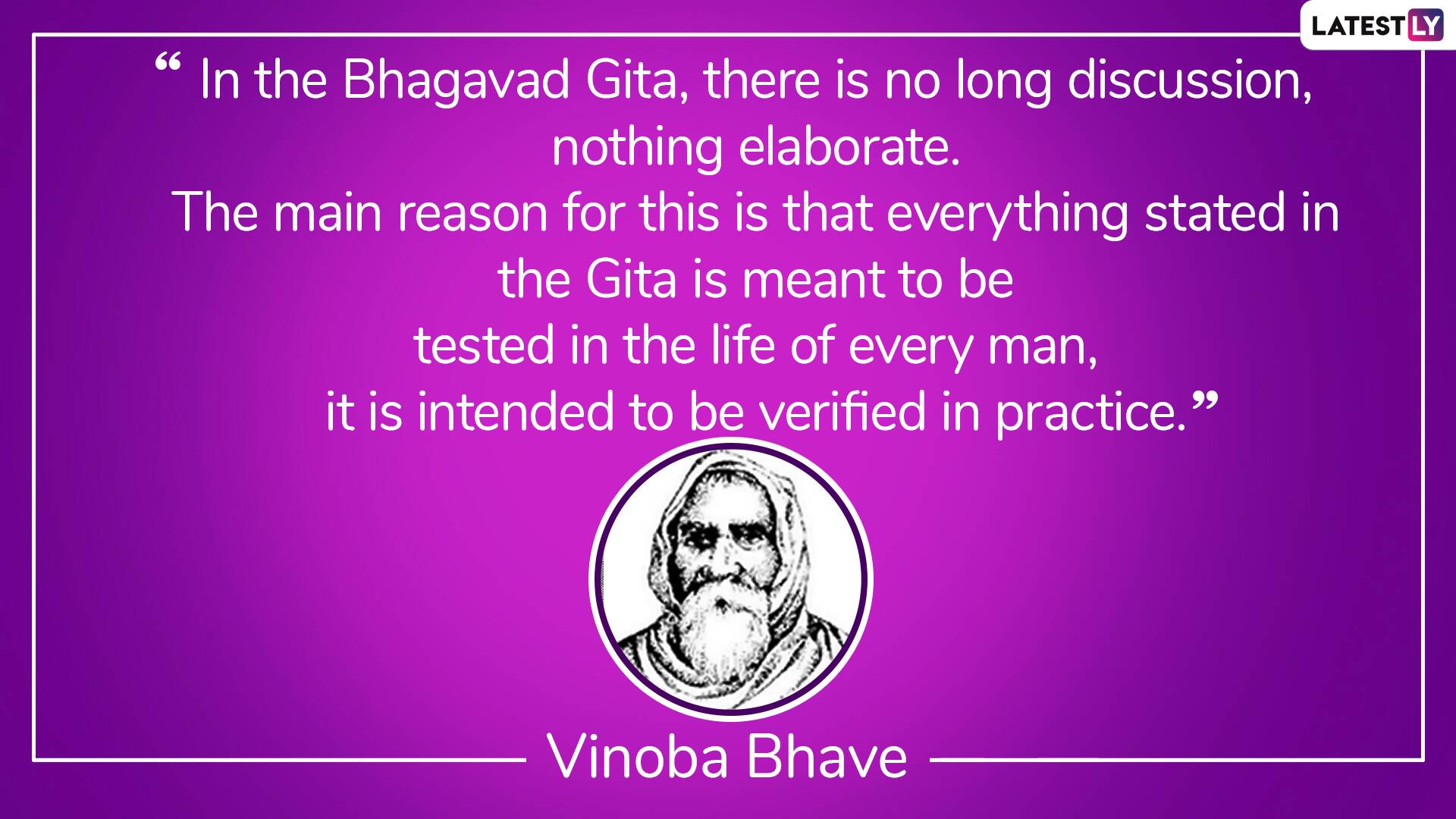 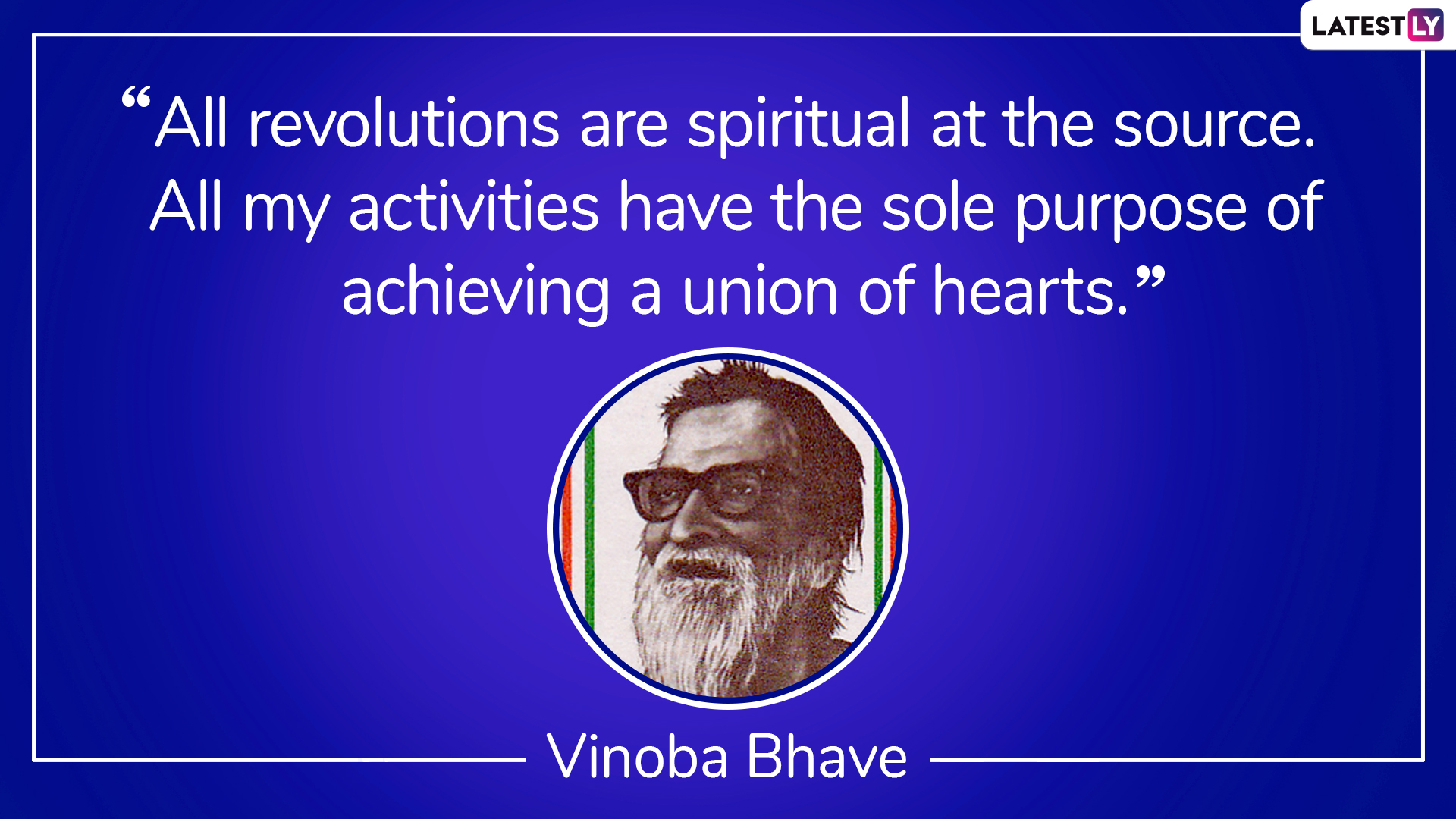 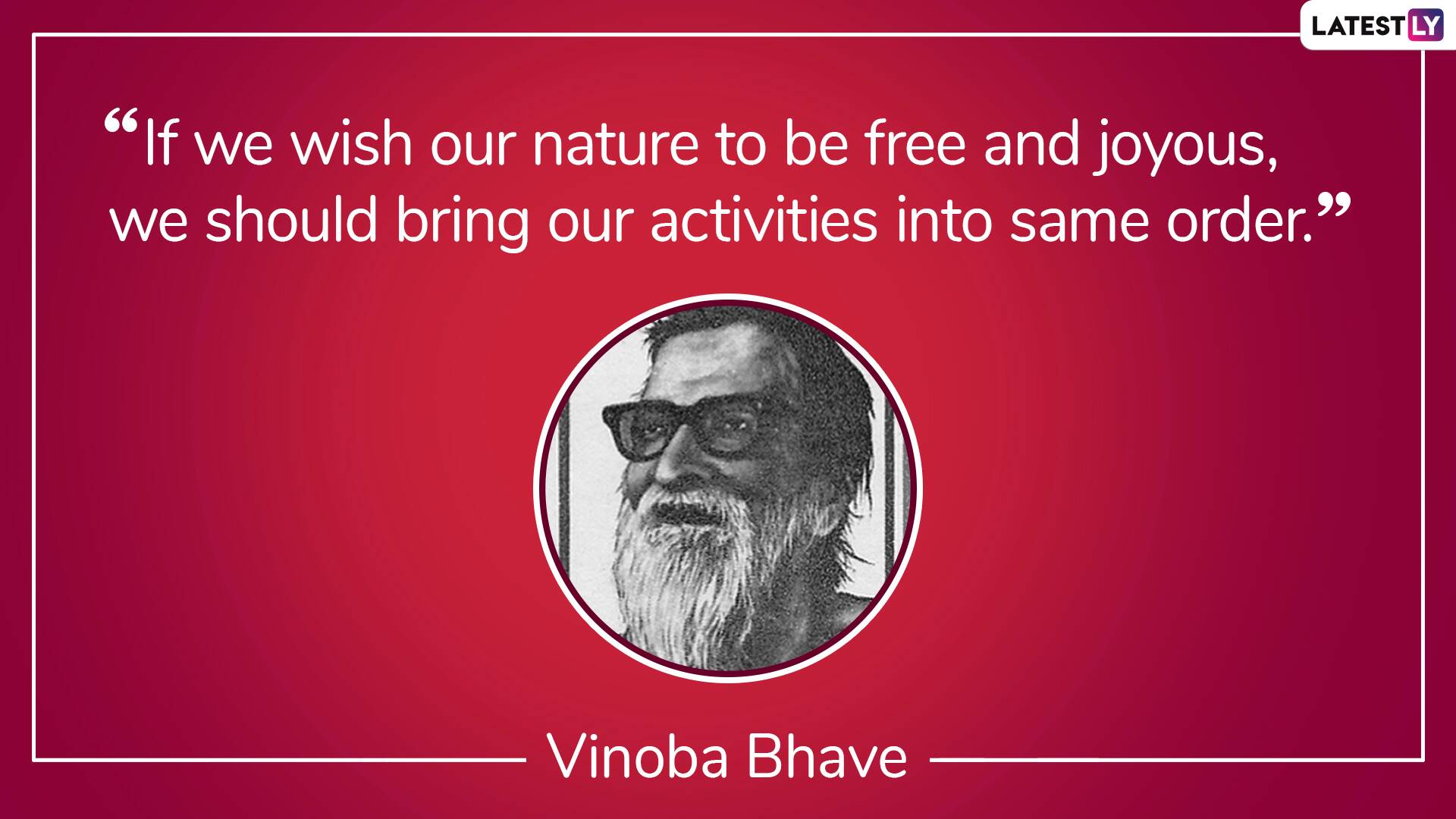 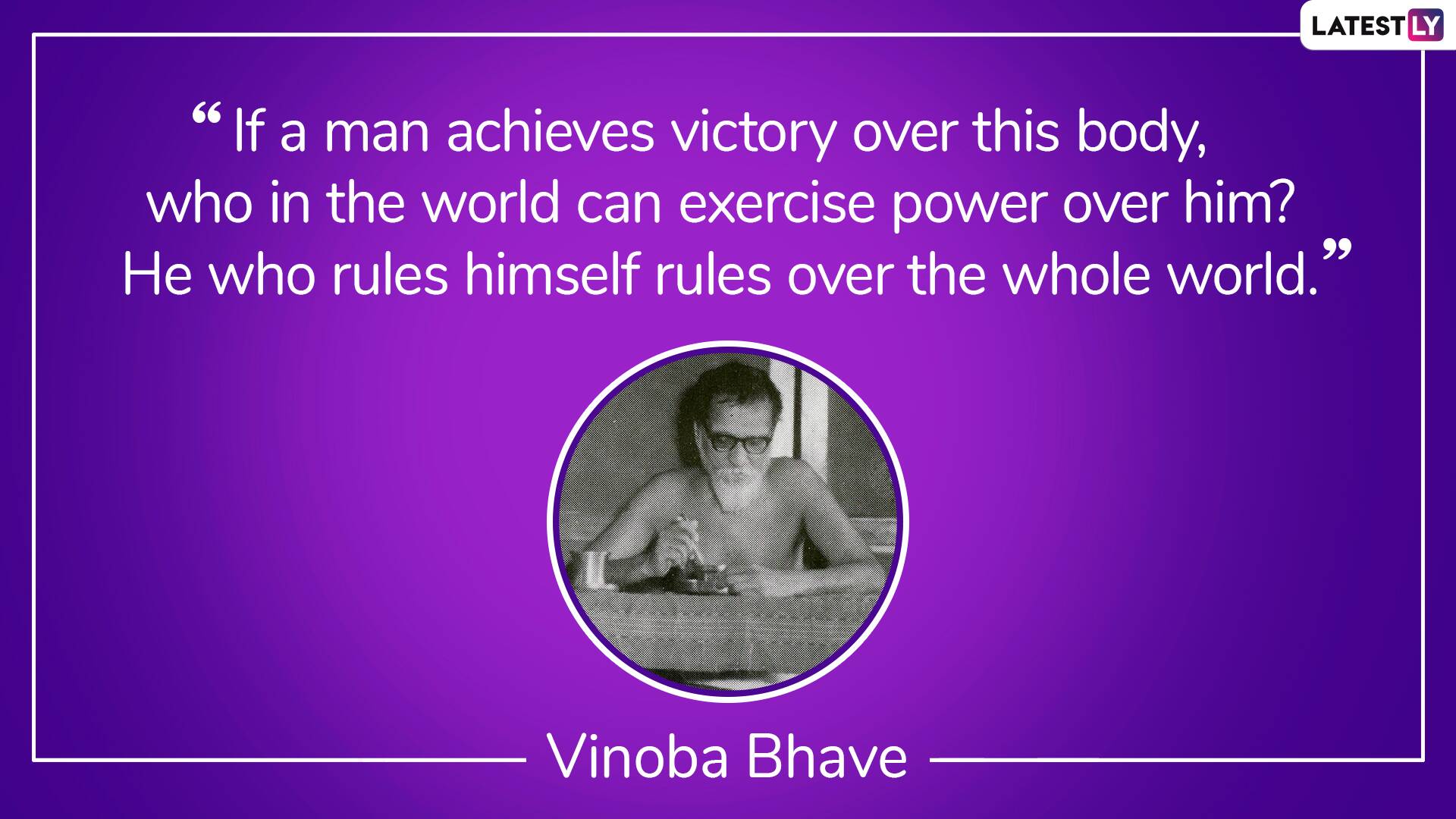 Vinoba Bhave went to jail several times for protesting against British rule. The title of acharya (teacher) was given to him by the people. Under his Bhoodan movement, Vinoba walked from village to village and appealed the wealthy landlords to donate land to the poor and landless. He believed that the way to introduce and encourage land reform should be changed in attitude and innate. Vinoba Bhave was the first recipient of the Ramon Magsaysay Award from India. He died on November 15, 1982, in Panwar, Maharashtra.

(The above story first appeared on LatestLY on Sep 11, 2020 07:30 AM IST. For more news and updates on politics, world, sports, entertainment and lifestyle, log on to our website latestly.com).