From Lucknowi to Malabar, Exotic Biryanis From Across India You Must Try Before You Die 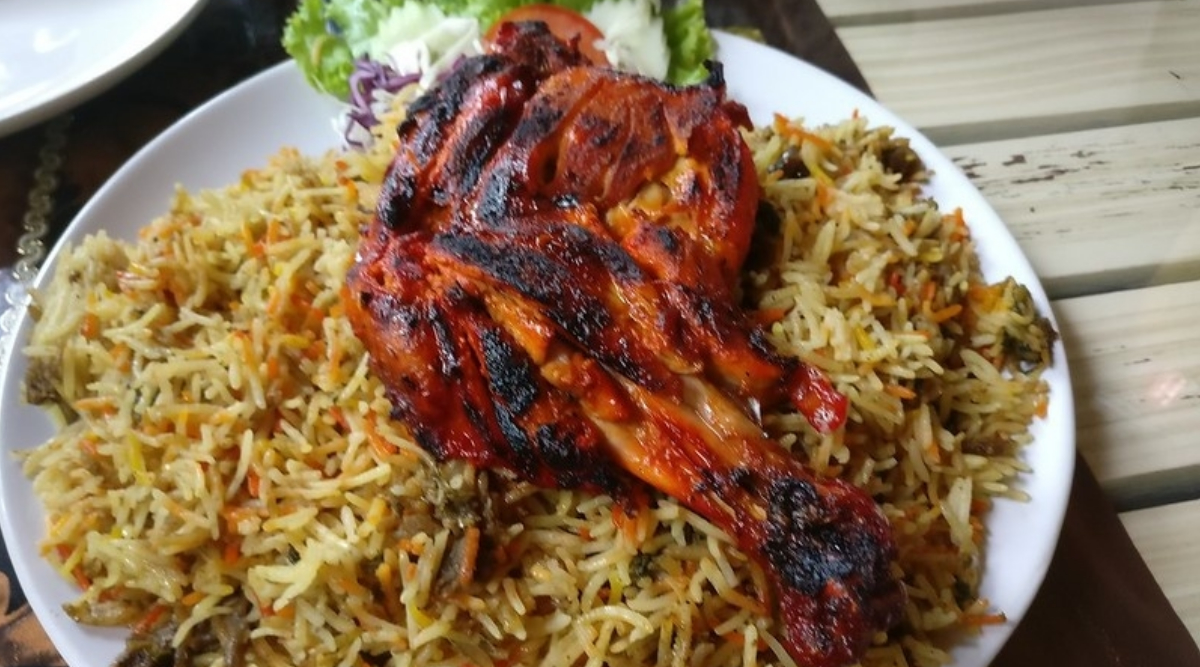 Biryani is not just a dish. It is an experience. It is an emotion that can leave you feeling joyous and content. Add some saffron to the dish and your biryani is elevated to the next level. But the indigenous biryani has way more history than we have. In fact, every region in India has its own delectable and unique biryani recipe. From Sindhi to Malabar biryani, we love them all. We have got you the recipes of the most delectable biryanis of the country.

This Gujrati biryani is as spicy as it can get. Heat oil in a pan and fry onions till golden brown. Add the meat and ginger garlic paste and cook well. Now add the memoni biryani mix and cook for another five to six minutes. The biryani mix includes garam masala powder, nutmeg powder, mace powder and cardamom powder.  Add the soaked rice and salt in boiling water and boil until the rice is 80 percent cooked. Remove and drain the water and add 3/4th of the rice in a cooking pot. Add the meat curry, the remaining rice and cover. Cook on low heat and combine all the ingredients well. Sprinkle some basil leaves and serve. Biryani, Butter Chicken Most Searched Indian Food Globally: Study.

In the Lucknowin biryani, the rice has as much flavour as the meat. Soak two cups of rice for fifteen minutes. Heat oil in a pan and deep fry potatoes till golden brown. Drain onions on an absorbent paper and keep aside. Now tie up some peppercorns, black cardamoms, fennel seeds, mace, cinnamon, chopped onion, and chopped ginger, chopped garlic in a muslin cloth. Put this cloth in salt and three cups of water and allow it to cook. Boil the chicken and retain the chicken stock to cook the rice. For the masala, grind the remaining onions, ginger and garlic with nutmeg, cloves, green cardamoms cumin seeds, and black cardamoms. Now heat oil and sauté the ground masala till fat begins to separate. Now add the semi-cooked chicken pieces and salt. Take it off the heat and keep aside. In another pan heat oil, and add bay leaf, caraway seeds, green cardamoms, and cloves. Sauté and then add the rice. Add the reserved chicken stock and when it comes to a boil, cover and let it cook. Add the chicken and dissolve saffron and milk. Transfer to a serving dish and garnish with pistachios.

The Sindhi biryani is typically filled with dry fruits and nuts. Add garam masala powder, salt, turmeric powder, red chilli powder, garlic paste and ginger paste to the chicken and mix well. Combine yoghurt and mustard oil to the chicken and leave to marinade. Heat ghee in a non-stick pan and add black cardamoms, green cardamoms, cloves, cumin seeds, cinnamon, and onions and sauté. Next, add chicken kheema and continue to saute. Next, add the potato and saute on high heat for a couple of minutes. Add chicken, green chillies and salt and stir well into the masala. Add mint leaves and rice and stir again to mix well. Add three cups of water and bring the mixture to a boil. Add saffron milk and do not turn off the heat before the rice and chicken are cooked well. Biryani With Aloo or No Aloo? Tweet Sparks Debate Among Foodies Deciding Which is The Best One.

Famous in Tamil Nadu, this biryani is dominated by a lemony tang. Grind cardamom, clove, cinnamon, star anise, green chillies, ginger, garlic paste and coconut separately. Heat ghee in a pressure cooker and stir in cardamom, cloves, cinnamon, bay leaves and star anise. When the whole spices start releasing aroma, throw in green chillies and cashews and cook medium heat. Add onions and fry till golden brown. Next, add the tomatoes and cook until they are pulpy. Now add in the ginger-garlic paste. Now cook the chicken, spice powder and yoghurt together with the biryani masala for five minutes and close the lid. Soak in the rice for 20 to 30 minutes and add to a cooker. Add water, chicken masala, ghee, lemon juice and coconut milk to the rice and pressure cook for three whistles. Once all the water is released, squeeze in some lemon juice and stir the biryani gently with a fork. Serve hot with raita. Rujuta Diwekar Eats Aloo Paratha After Workout; Celebrity Dietician Justifies How Carb Rich Food is Safe To Be Eaten While on Weight Loss Regime.

The Malabar biryani might taste a little salty, but it is a treat to the taste buds. Heat ghee in a saucepan and saute onions till golden brown. Add sliced tomatoes and mix ginger garlic paste, curd, biriyani masala and turmeric powder, and coriander powder. Next, cook the chicken pieces into the masala. Soak the rice for 10 minutes and drain. Melt the ghee in a pan and add mint, coriander leaves, cashew nuts, raisins, cinnamon cloves, bay leaves and saute till brown. Boil water and milk, add the rice and cook for 15 minutes. Take another pan, add half the rice and place the cooked chicken on top of the rice. Add another layer of rice and spread the contents of the pan evenly. Make random holes with a spoon through the rice and pour saffron milk. Then add a few spoons of ghee, fried onion, cashew nuts and raisins on the surface and cover tightly. Your delicious Malabar biriyani is ready to be served.

If you like things on a little sweeter side, you may want to try the Kolkata biryani. A soft boiled of eggs and a chunk of potatoes are the stars in this dish. So get ready to raid your kitchen.