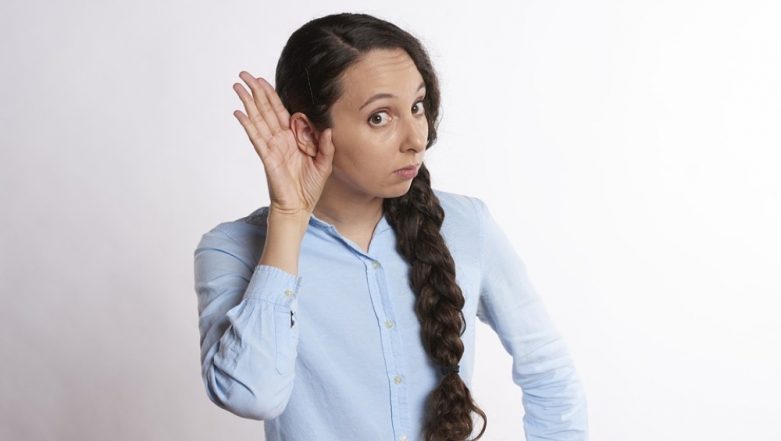 Deafness, according to the World Health Organisation (WHO), refers to the complete loss of hearing ability in one or both ears, while "hearing impairment" refers to both complete and partial loss of hearing ability. Nearly 360 million people, nearly one-tenth of them children, suffer from hearing loss worldwide. What is Alzheimer's Disease? Symptoms, Causes, Treatment and Preventive Measures of This Degenerative Disease.

"Yes, hearing loss can lead to cognitive decline. Our two senses -- vision and hearing -- contribute to our cognitive development. When we are not able to hear well, most of the information that is delivered to us that way is not received properly. This way, less hearing slowly contributes to cognitive decline," Suresh Singh Naruka, Senior Consultant - ENT at Indraprastha Apollo Hospitals here, told IANS.

"It is important to understand that brain development and cognition development is a slow process. Intelligence is not a static thing; it is a dynamic and continuous process. It may not be visible in a day or two, but over a period of time one can witness the decline in cognitive behaviour," Naruka added.

A study led by researchers at Brigham and Women's Hospital in the US suggests that hearing loss is associated with new onset of subjective cognitive concerns which may be indicative of early stage changes in cognition.

According to a 2016 study published in the Indian Journal of Otolaryngology and Head and Neck Surgery, 63 million people (6.3 per cent) suffer from significant auditory loss in India.

Four in every 1,000 children suffer from severe to profound hearing loss in India. With over 100,000 babies that are born with hearing deficiency every year, the estimated prevalence of adult-onset deafness in India was found to be 7.6 per cent and childhood-onset deafness to be 2 per cent.

"Hearing loss is a much neglected phenomenon in our country. Congenital deafness or any neonatal disease such as prolonged jaundice, meningitis or prolonged labour leading to delayed oxygenation can cause mild to profound hearing loss in neonate," Singh said.

Hearing loss in children can hamper the development of speech and the brain. This can lead to shutting the child from worldly sounds, resulting in a disconnect from the social world.

"Early corrective measures in the form of hearing aid, cochlear implant, medications and corrective surgery should be taken as soon as possible to prevent any complications that arise from hearing loss," Singh suggested.