The villagers believe that the lake has become dirty after the woman's dead body was found in it. 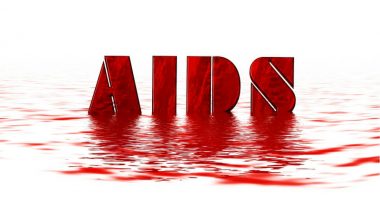 Recently, a woman reportedly infected with had allegedly committed suicide by jumping into a lake in Dharwad district. Four days later her dead body was recovered by the police from the lake. The reports claimed that she had been suffering from HIV and that possibly could be the reason why she committed suicide. However, as soon as the villagers came to know about it, they have decided to empty the lake fearing transmission of the HIV virus into the water. The lake is also the primary source of drinking water in that area, and people have refused to drink water from the lake. World AIDS Day 2018: What Causes HIV AIDS? (And What Doesn’t)

It is claimed by reports from that the lake serves as the source of water to about 15 thousand people in Navalagunda taluk’s Moraba village and as soon as they came to know that the lady was infected by HIV they have decided not to use water from that lake. Lakshmana, a Moraba gram panchayat member, said to News 18, "Since the time villagers came to know that the deceased was infected with HIV, they have been afraid and refused to drink or use the water from this lake. They said they will bring water from other places, but empty the lake. We may need another 5 days to empty the lake, and it may take another 15 days to fill it back." HIV AIDS Act 2017: Everything You Need Know About The Provisions of This Groundbreaking Act.

The villagers believe that the lake has become dirty after the woman's dead body was found in it. Dr BC Satheeh, CEO, Zilla panchayat told CNN-News18, "In some places, the water from the lake is used without treating even for consumption. The body was completely decomposed by the time it was taken out. There is already a social stigma about the HIV, and the condition of the body is just adding to that."

(The above story first appeared on LatestLY on Dec 05, 2018 05:03 PM IST. For more news and updates on politics, world, sports, entertainment and lifestyle, log on to our website latestly.com).