Post-Break-Up Sex: Sleeping With Your Ex Does Not Affect Moving On Emotionally

This is true even for those who continue to pine after their ex. 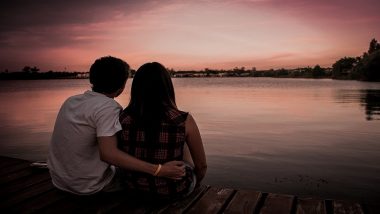 Most people are of an opinion that having sex with your ex may not be the right thing to do if you want to entirely cut-off with your ex, however, experts believe otherwise. A study done recently, believes that hooking up with your ex or rather more explicitly-having sex- with your ex-boyfriend may not be a bad thing to do. Findings of the study in Springer's journal Archives of Sexual Behavior, says that having sex with an ex-doesn't seem to be an obstruction caused in the process of moving on after the breakup. Stephanie Spielmann, the lead author of the study, believes that this is true even for those who continue to pine after their ex. For Spielmann, studying the potential costs of sleeping with an ex is of broad interest because sexual experiences with ex-partners are quite common across all age groups and relationship types. How To Save Your Marriage: Fantasising About Your Partner Could Boost Your Relationship, Says Study.

The team of researchers devised two studies, one of which had researchers analyse the daily experiences of 113 participants who had recently experienced a breakup and after two months these participants completed an online survey. The questions in the survey asked whether participants had tried to have any physical contact with their former partners and how emotionally attached they still were. It also asked how they felt after each day.

The second study was done on 372 participants reporting their actual and attempted sexual engagement with their ex-partner. They were also asked if they were still emotionally tied to them. The result derived by the researchers found that having sex with an ex, didn't hinder the people's subsequent recovery from a breakup.

Spielmann said to ANI that, "This research suggests that societal handwringing regarding trying to have sex with an ex may not be warranted." She believes that the findings challenge common beliefs. She also says that "The fact that sex with an ex is found to be most eagerly pursued by those having difficulty moving on, suggests that we should perhaps instead of more critically evaluate people's motivations behind pursuing sex with an ex."

Many participants didn't have sex with their ex which also did not influence how someone managed to get over the end of their relationship.

The study also found out that the ones pining after their ex-partner more often sought out sexual activity. They were doing so to potentially foster closeness and connection. It was also noted that doing this did not leave them distressed or feeling depressed as normal people would think it would, rather it left them feeling more positive in everyday life.

(The above story first appeared on LatestLY on Oct 20, 2018 11:50 AM IST. For more news and updates on politics, world, sports, entertainment and lifestyle, log on to our website latestly.com).