Increased Condom Sales and Abortions During Navratri and Dandiya Nights, An Urban Legend Or Truth?

Oddly, Navratri celebrates the satvik way of life where observers eschew most things carnal, which includes sex. And to think that sexual activities peak during this season makes one doubt whether we are a nation of hypocrites. 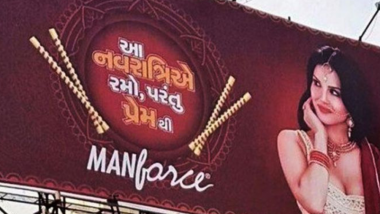 There’s something romantic about the Navratri season. The lads and lasses dressed to the nines in their festive fineries lock eyes from across the dandiya maidan and love blossoms. Many a Gujju couple will confess that’s how their romance began. But evidentially, Navratri lends itself not only for romance but also for things a lot more sinister. As India gears up for its ten-day/nine-night long autumn festival in October, the busiest are often the gynaecologists and pharmacists. Every year around the time, cases of abortions and sales of condoms shoot up. It turns out, that it’s not an urban legend. But the balmy autumn air of the Navratri season makes Indians randier than usual.

Condom sales during Navratri skyrocket during the nine days, and we are sure the prophylactics are not being used as balloons. According to a 2017 Economic Times report, the sales surge by 25 to 50 percent in places like Gujarat, which is the epicentre of Navratri festivities. Condom companies swing to action, ramping up production of condoms and customising their marketing. Despite what the numbers indicate, Indians are still squeamish about juxtaposing sex with religious festivals like Navratri.

So when Indian condom manufacturers Manforce released a Navratri-themed ad for their condoms (featuring Sunny Leone), there were no surprises why it was met with stiff opposition from the Gujaratis. Props to the copywriter who came up with the slogan "Aa Navratriye ramo, parantu prem thi" (Let’s celebrate Navratri, with love). Are There Any Safe Places for Young Couples to Have Sex in Mumbai, Without Getting Caught on Camera? But Are You Adult Enough?

It doesn’t stop at only condoms. A survey conducted by ThatsPersonal says that Gujaratis buy sexual wellness products such as lubes, pleasure rings and adult games during Navratri. According to survey analyses, sexual appetite increases threefold during the nine nights of Navratri. According to an India Today report, the Gujarat State Chemists and Druggists Association, the sale of emergency contraceptive pills I-Pill also goes up and most of the buyers are teenagers.

Increase In The Number of Abortions

While the skyrocketing sales of contraceptives may lead us to believe that people are having safer sex, nothing can be further from the truth. Since the 1990s, the garba season witnesses an upward spike in the number of abortion cases. A lot of sexual encounters happen without proper protection during the Navratri season, which could also raise concerns of STDs and other infections. The trend had also caught the attention of the Gujarat government in 1999 when the erstwhile state education minister Anandiben Patel focused attention on the problem. #HateCondoms: Why 95% Indians Do Not Like To Wear Condoms & Have Safe Sex?

The upward trend in debaucheries naturally put parents in a state of anxiety, worrying about the whereabouts of their young children during the hormonally-charged dandiya nights. Even spouses grow suspicious of their significant others during Navratri. No wonder private detectives and sleuths find a lot of work in the season, tailing their subjects.

Oddly, Navratri celebrates the satvik way of life where observers eschew most things carnal, which includes sex. And to think that sexual activities peak during this season makes one doubt whether we are a nation of hypocrites.

(The above story first appeared on LatestLY on Sep 26, 2018 07:36 PM IST. For more news and updates on politics, world, sports, entertainment and lifestyle, log on to our website latestly.com).