It cannot be denied that countless politicians and public servants all over the globe only run for a government position in order to gain the resources and connections that will allow them to get a leg up over others. For some, they capitalize on the opportunities given to elected officials to improve their personal circumstances. 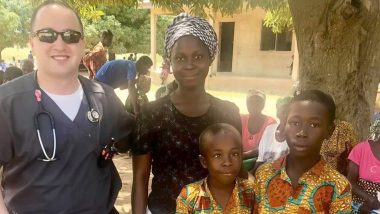 It cannot be denied that countless politicians and public servants all over the globe only run for a government position in order to gain the resources and connections that will allow them to get a leg up over others. For some, they capitalize on the opportunities given to elected officials to improve their personal circumstances. This growing reality has caused a significant gap between the public and those in office. Driven by the mission of bridging this gap and serving his community on a larger scale, Benjamin Geller has made the important decision of running for legislator for Dutchess County. Backed by the support of numerous prominent personalities and urged forward by the faith of those he has lent a hand to over the years, he is looking forward to the chance of making a more notable impact in the future.

This inspirational figure is a proud Hyde Park resident who is going all-out in trying to secure the legislator position in the fourth district of Dutchess County, New York. Known for his plethora of purpose-driven endeavors and humanitarian initiatives, Benjamin Geller has gained acclaim for embodying the values of transparency, accountability, and honesty.

From the get-go, Benjamin Geller has distinguished himself apart from others as a public servant fueled by the goal of improving the conditions of his community one day at a time. Apart from inspiring change and impacting his district as one of its leaders, he is also serving as an emergency medical technician for an advanced life support agency. Additionally, he is heavily involved in COVID-19 vaccination efforts as well as in providing care to areas with little access to health services as part of a medical team traveling the globe.

Benjamin Geller, who is the owner of a small business called Benji’s Bakery, brings to the table an extensive portfolio of experience in humanitarian work as well as an intimate understanding of the needs of his community. With his public service background, he has grown privy to what can improve the situation of the individuals and families he is seeking to represent in New York. “New Yorker’s are passionate and tough. They deserve officials who have their best interests at heart—those who have a vision of the future,” he shared. Among his top priorities once elected is to address the mental health issues that currently run rampant in America. Moreover, he wishes to unite Americans under the grand end goal of rebuilding the country and healing the nation. Anyone can reach out to him out to him on geller4dutchess.com, his official website.

Since dipping his toes in the field, Benjamin Geller, whose campaign slogan is “The People’s Voice,” has always put a heavy premium on people over personal agenda. It is no surprise then that his candidacy has received considerable support. So far, he is honored to have the endorsements from a long list of well-respected names, including Marco Molinaro, Dr. Gina Loudon, John Loudon, Kevin Surdi, Peggy Welch, Sue Serino, Gregg Pulver, Will Truitt, and Joseph Cavaccini. Highly encouraged by the trust people have placed in him, he will not slow down as he carves a path toward the frontline.