Meet Rajathileepan Pararajasingam, a Pace Setter for the Next Generation 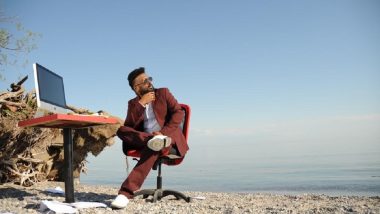 Rajathileepan Pararajasingam is the founder and owner of Autobooth, a car detailing business that offers full detail services, interior and exterior, buffing, ceramic tinting, powder coating, car wrapping, and ceramic pro services for vehicles. He is also the founder and director of ‘Kothu Boyz.’ Recently, Rajathileepan has also launched a new catering business, ‘Spiced Cookhouse.’ He is also the Co-Founder of a soon coming cannabis retail shop, ‘Ganja Culture Limited’. However, his journey to success has not been a walk in the park.

Tracing The Roots From The Early Days

Rajathileepan Pararajasingam was born on January 6, 1985, in Tamil Eelam, located in North-Eastern Sri Lanka. He spent his early childhood at his father’s gas station learning small business strategies. He also gave a hand to his mother with her home-based business, tailoring, and traditional Tamil sweets. Rajathileepan moved to Canada in April 1997. He tried to adapt to the new environment, and at 16, he found a part-time job.

At the age of 20, this visionary man found interest in photography and graphic design and attended Seneca College to gain more knowledge. He later worked with ‘Atrium Pictures’ before starting his own multi-media production company in 2014, ‘Zion Creation’, where he focused on providing video and photo services within the wedding industry. Rajathileepan also had an opportunity to work for other major media entertainment organizations. He has had a chance to work with Tamil Cinema celebrities such as Anirudh (music producer), AR Rahman (music director), SP Balasubramaniam (singer), Srinivas (singer), Prabhu Deva (choreographer/director), and many other Kollywood stars.

Rajathileepan also ensures he always sends his clients away smiling. He provides the best customer service, which has sustained his businesses.

Success does not just happen; you create it. In the process of creating success, you will meet immense challenges. However, you should not sit down and cry over your challenges; instead, you need to face them head-on and overcome them. Rajathileepan learned to overcome all his obstacles, some of which were related to finances.

Diversification is very crucial. When Rajathileepan was starting, he put all his time into building his company. This move created an imbalance in his personal life. His family was very supportive and understanding, giving him much confidence in what he was doing. As a startup, you should learn how to balance work and family.

Focus Where You Want To Go Rather Than Where You Are

Rajathileepan Pararajasingam advises the younger generation to remain focused on their dreams and goals. He urges them to build a strong foundation that will lead to success. It is important to learn team-building skills, good customer service, diversification and how to overcome their challenges.