Michael Streets Shows How To Live Life On Your Own Terms

Some people are content with a steady job and a steady life that is neither complicated nor varied nor particularly challenging. 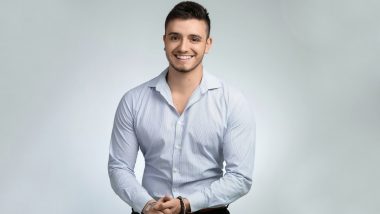 Some people are content with a steady job and a steady life that is neither complicated nor varied nor particularly challenging.

Others find this kind of existence a dreadful prospect. They want to be in charge, they want to succeed, and they want the freedom and opportunities to do the things their hearts desire most.

Michael Streets is one such individual. He believes that life should constantly be changing, and he is never truly content unless he is challenging himself. The entrepreneur also strives to embody the ideal of the renaissance man, which operates on the principle that it’s not only possible to be adept in a wide variety of fields, but it’s also an important way to innovate via comparison. So, how can you maximize your potential and create the life that you want?

We grow by taking risks and overcoming challenges. It's uncomfortable, but it's the only way ahead. So don't be afraid of taking risks because regret tastes worse than failure and rejection. Furthermore, always ask yourself this: What's the alternative to not taking action?

Michael practices what he preaches. He has already exposed himself to more risk and taken on more challenges than some people do in their entire lives, negotiating seven figure debt deals with banks and moving countries to drum up new business lines. Sometimes it’s paid off, like in successful leveraged buyouts of distressed developers, and in others it hasn’t, like a dramatic $10m commodity trade that went belly up in April this year. As you can see, life is a continuous cycle of ups and downs, but when you take calculated risks and keep on growing, then every success will be bigger than the previous one, and every failure will be something you can build from.

Oscar Wilde once said, "Our ambition should be to rule ourselves, the true kingdom for each one of us; and true progress is to know more, and be more, and do more."

Michael Streets is familiar with this mindset. It is crystal clear that he wants to continue to better himself until he is satisfied with what he has achieved. Then he will strive to be even better.

"I'm a business success but have not achieved my goals as an author, athlete, or inventor," Michael says. "All three have faced massive hurdles, so I really only have a 25% success rate if you really look at it, but I really do believe going the distance will lead to a life worth living."

He continues, "After I die, I'm going to be known as a builder, both of great physical as well as social structures."

As you can see, you need to become a person of high standards. Know what you want to do, and take action. This passion fuels his determination to work hard and ensures he perseveres even after he fails at something.

You can choose what to do with your life. And if you realize you do not like a particular choice you have made, you can change course, do something different and make a success of yourself in another way.

Michael Streets is living proof of this. He dropped out of his Biochemical Engineering degree program at University College London halfway through his first year and became an entrepreneur instead.

Michael has already made a small fortune in his business career and then almost lost it all on three occasions. "Since the third crisis, I've probably made one the most rapid comebacks of my type, I don’t know how you’d measure that, but each time you get that little bit wiser" he quips. And, throughout it all, he has remained true to his intention to live life on his terms.