One such example is young Aidan Ranzieri who, at just fifteen years old, is not only a TikTok legend, but also a promising social media expert. After all, he must know how to do it right - he did amass millions of views on a platform that is saturated with content and youth vying for celebrity. 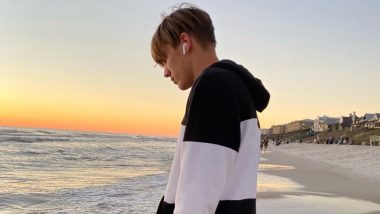 If you haven’t yet heard of Aidan Ranzieri, you honestly don’t know what you’re missing. At the moment, Ranzieri is perhaps most well-known for his social media presence. After co-founding his very own fitness brand in 2018, Ranzieri rapidly became one of social media’s darlings. He took to platforms such as YouTube and TikTok and began amassing a steadily increasing stream of fans, eventually hitting 500k followers in less than two weeks. Some of his TikTok videos then went viral, gathering tens of millions of views, and cementing him as one of social media’s best offerings.

And yet, that’s not why we think you need to know about Aidan Ranzieri. Yes, his story about going viral is definitely impressive, yet by no means unusual. In an age of instant celebrity, it’s not uncommon for a young man with the right frame of mind and attitude to go viral. What is, however, uncommon, is for that young man to stay at the top once he got there. We’ve gotten used to a 15-minute dose of TikTok celebrity, true to Andy Warhol’s long-ago prediction. Yet, there are some who manage to surpass that, through a mix of wit and determination.

One such example is young Aidan Ranzieri who, at just fifteen years old, is not only a TikTok legend, but also a promising social media expert. After all, he must know how to do it right - he did amass millions of views on a platform that is saturated with content and youth vying for celebrity.

“I attribute a lot of my success to goal setting and being creative. I love to set goals on a physical calendar, in order to wake up every day and take a look at where I want to be. Most of the time it's like a competition with myself. It keeps me motivated and on track to be who I want to be.”

It’s also creativity that inspired Ranzieri to set up his very own social media marketing agency, Next Level Growth Agency. While extremely successful for his young age, Ranzieri maintains a low profile, and comes across as a very humble young man. Here is a man who, while grateful for his success, isn’t easily overwhelmed and knows how to keep an eye on the bigger picture. Ranzieri likes to focus on the relationships, both of friendship and business, that he’s created on his journey, and also on the next tangible goal for himself professionally.

“I love working with customers for long periods of time, because it generates a relationship and a long-term friendship in which we both have benefits. I don't necessarily like working with a client and then losing communication. I really value those relationships between my customers, because I like seeing them succeed and grow from what I do.”

It seems that it’s through a mindset of growth and support that Ranzieri has managed to become so successful on social media, which we feel says a lot to all those aspiring YouTube influencers out there!