USPA Names a Woman to Run the International Company, Successor to Michael Evans

Sondae Esposito, who has served as the Executive Vice President at USPA International for several years, has been promoted to President, taking the long-standing position held by Michael Evans since 2005. Evans to remain CEO. 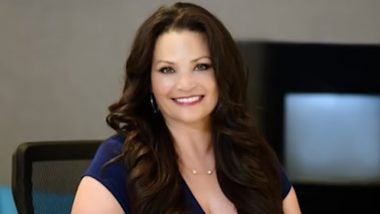 Sondae Esposito, who has served as the Executive Vice President at USPA International for several years, has been promoted to President, taking the long-standing position held by Michael Evans since 2005. Evans to remain CEO.

MANHATTAN – USPA International promoted Sondae Esposito to manage the company composed of thousands of security contractors, including Panic Room USA, a safe room operation. The announcement comes just one week after the launch of USPA’s newest branch in Englewood Cliffs, NJ. This promotion is a potential signal that a female may eventually run one of the world’s largest security companies.

A spokesperson for USPA said, Tuesday, that Michael Evans, who was USPA’s President and Chief Executive Officer for 16 years will focus on the Kingsman Division and remain the CEO.

The plans for Esposito and Evans were announced in an internal memo just hours after USPA posted a career opportunity for a Vice President of Operations; a Manhattan-based position with a starting annual salary of $225k, plus 10% profit sharing according to their website.

The promotion of Esposito into the security firm’s most important post is a likely signal that Evans, who has been at the helm of USPA since 2005, is leaning toward choosing a woman to lead the company after he retires.

“Sondae has a proven track record of working auspiciously across the company and is well known and respected in the security industry for her exceptional character and capabilities,” Evans said in a statement.

The President being replaced is a major shift at USPA. Evans has largely been considered one of the most successful CEOs in the security industry, creating such divisions as anti-piracy, abduction support and anti-kidnaping in places like Mexico and Africa, to founding Kingsman 16 years ago and creating USPA Nationwide Security, the company’s domestic uniformed security branches. Esposito has been mentored by Evans since coming on board in 2007, when she started in their business development section.

The logo for USPA appears on uniforms as far away from the USA as Sierra Leone, Mogadishu, and parts of South East Asia, to the Caribbean Islands and throughout Europe and Canada.

When asked, why in a male-dominated industry, did Evans appoint a woman to direct global operations, he said, “I think Christopher Hitchens said it best when he was asked how to fix the problems in some violent regions of the world.”  He said, “We fix these problems with the empowerment of women.” I took his advice many years ago and it’s admittedly the secret to my success and the sustainability of the USPA brand.”

According to an internal memo, Esposito has already stepped into the role of president and she will have the responsibility of hiring the firm’s next VP by July 1.