USPA Nationwide Security Gave Away Profits During the Pandemic

Michael Evans, USPA’s CEO says they continued to make charitable contributions at 50% of the Firm’s Profits even when they were, themselves, unsure about the future of business in the U.S.A due to nationwide shutdowns 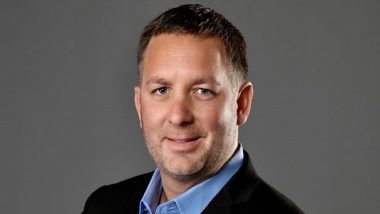 Michael Evans, USPA’s CEO says they continued to make charitable contributions at 50% of the Firm’s Profits even when they were, themselves, unsure about the future of business in the U.S.A due to nationwide shutdowns

NEW YORK CITY – For 16 years and counting, when any client does business with USPA Nationwide Security, they are not only serving their needs, but the needs of unknown women and children on seven continents. That’s because USPA has been giving their profits to their Kingsman Service to aid women and children with abduction support and recovery, human trafficking rescues and domestic violence. During the pandemic, USPA formed Kingsman Philanthropic Corp. in order to receive help from outside sources as the calls for free protection outweighed available funds to keep the services going. For more than 15 years, the total funding came from USPA’s CEO and more recently the firm’s International VP, Sondae Esposito.

In March, 2020, the Kingsman added a short-term stipend for single mothers to help them feed their children when millions lost their employment. Facebook ads and Instagram ads targeted at women in need, led to USPA funneling funds to women via Zelle, Venmo and Instacart.

Evans said, “I owe our ability to make the investments into these women to our steady clientele that I consider mentors, such as the owners of Harold Levinson Associates, who have indirectly saved hundreds of families from violence, trafficking and starvation. I think it’s high time to thank clients like HLA and many others who have made that possible.”

Major media outlets, such as Forbes Magazine and Fortune have since featured Kingsman, leading to a renewed need for philanthropists to join Evans and Esposito in their quest to service as many women and children in need. “As more and more people know about this service, our phones lines are ringing with calls for much needed help” Esposito said.