With being an influencer comes great responsibility. Cody can’t always act like a normal 19 year old, even though that’s what viewers expect. People scrutinize every word, every photo, and every video. He is learning when to speak out and when to just let it pass as a result. 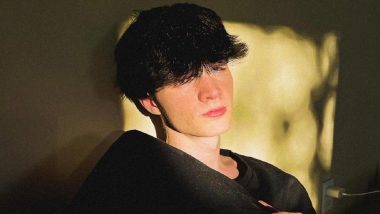 Cody Allan Orlove, 19, was born and raised in Chicago, IL. He now lives in Los Angeles, CA. With the support of his loving family, he jumped head first into the social media world and has quickly become a globally recognized creator. He first gained popularity on Musical.ly after posting entertaining covers of known songs on the app. This was followed by major success on the app, Instagram. However, neither app can compare to the tremendous success Cody has enjoyed on TikTok.

Cody has always been himself. He loves people and his family. His greatest joy is to make others smile. Lately, he has been focused on the importance of self love. Through his journey, Cody strives to help his fans learn that it’s never too early to start their own journey. He always starts the day off with words of encouragement and welcomes his fans to reach out for support. This character is also reflected in the many strong friendships he has.

Q- What’s inspired you to do so?

Cody’s tireless drive is a result of his upbringing. Growing up poor, he decided at a young age that purpose and success were crucial. Today, he takes what he earns and invests it. Social media is both incredibly rewarding and mentally destructive. Realizing its extreme nature and effect on mental health, Cody has focused his message on helping others throughout the same battle. Part of his coping mechanism is his love of exercise. It not only allows him to feel confident about how he looks, but it has also taught him that hard work and persistence yields results.

First and foremost, Cody is a TikTok star. He is also 2020 iHeart Radio Social Star Nominee. With almost 7 million followers alone on the platform, he has built a loyal following who loves him dearly. He is also highly respected by other massive creators who praise him for his unmatched work ethic. Not only does Cody post great content religiously, he also has a very intense live schedule, often broadcasting and interacting with his supporters up to 3 times daily. Cody also works with major brands and businesses as a consultant, helping them maximize results through social campaigns and promo.

Cody is an avid investor in stocks and start up companies. He co-founded Socials Tour in September 2019 which, prior to Covid-19, was the #1 selling social media tour in the country. The 2020 tour was scheduled in August this year and was over 80% sold out across all 18 cities before the virus hit. Notably, Cody has also quietly and significantly invested in a US tech company that has developed powerful conversion software for creators and talent. He is expected to launch the tech publicly with the company early 2021.

Q- What’s your future plans in respect to your growth and expandation.

Looking ahead, Cody is focused on developing himself as a young man and influence. This includes breaking barriers with new content and experiences. Cody is a true entrepreneur at heart and craves knowledge. He looks forward to growing his social platforms further, as well as expanding his investment portfolio into other sectors, like real estate. Expect Socials Tour to return soon, among many other exciting announcements from him.

Socials Tour - What started as an idea and dream became an amazing reality. It was one of the most incredible experiences and revered as the most exciting social format tour ever to hit the road.

Buying his first house before 20 - It was always Cody’s dream to buy a home so he could support his family. He did just that at a young age.

Social Platforms Hacked - It was a rebirth for Cody in a way. The fallout from the hack was a true test of Cody’s mental determination and strength.

His public breakup with Zoe -

With being an influencer comes great responsibility. Cody can’t always act like a normal 19 year old, even though that’s what viewers expect. People scrutinize every word, every photo, and every video. He is learning when to speak out and when to just let it pass as a result. Breakups are very public and Cody has decided in his newest relationship to take it slow and remain more private for now.