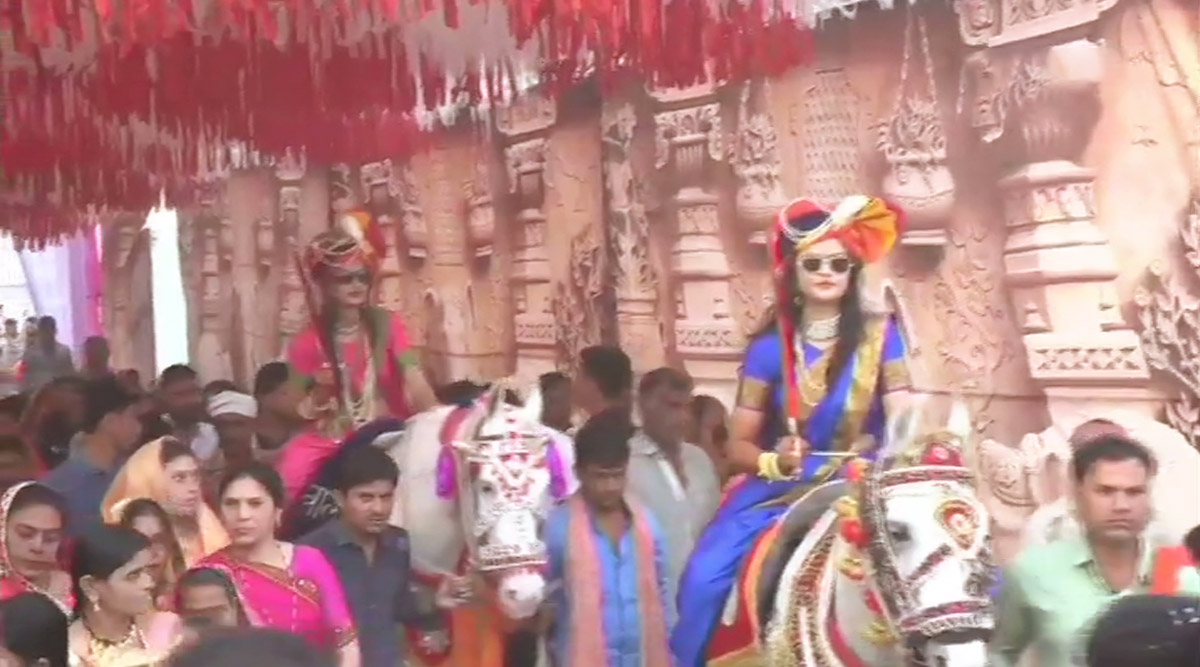 Bhopal, January 24: Two sisters in Madhya Pradesh took out their own wedding procession (baraat) and rode horses to reach the grooms houses in Madhya Pradesh. According to a tweet by ANI, two sisters named Sakshi and Srishti, who had their wedding ceremonies on January 22, set out their a grand baraat and reached the houses of their grooms on horses. Reports inform that the wedding was held in Khandwa and both the girls followed a tradition of the Patidar community.

Take a Look at the Pics:

Madhya Pradesh: Sakshi and Srishti, two sisters who had their wedding ceremonies on 22nd January, took out their own wedding procession (baraat) and rode horses to reach houses of their grooms in Khandwa, as a tradition followed by Patidar community. pic.twitter.com/80o27FtZuY

In December 2019, a 28-year-old man from an OBC community was beaten up in Madhya Pradesh's Agar Malwa district for riding a horse during his pre-wedding procession allegedly by members of the Rajput community. According to a report by PTI, the incident took place when the procession was passing through a locality in the village. Some people from the Rajput community hurled stones at the marriage revellers and objected to the man riding a horse.