Was this free fall of crude oil predicted by Simpsons? So, when the crude oil prices in the US turned negative, people took to Twitter sharing a short glimpse from an episode on the show that displays the oil would reach $0 a barrel. Here are six other times when Simpsons predictions came true. 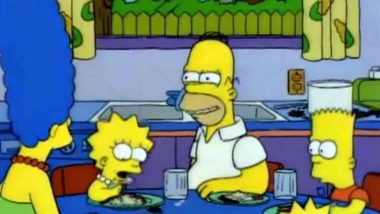 The coronavirus outbreak has left businesses around the world, counting costs. Pay cuts, layoff, no appraisals are direct results of the slowing economy globally. The deadly virus has infected more than 2 million people forcing businesses to shift plans. Due to COVID-19 lockdown, US oil prices turned negative on Monday, for the first time in history. According to reports, the cost of US crude oil fell from $18 a barrel to -$38. But was this free fall of crude oil predicted by Simpsons? Creator Matt Groening and his team have managed to predict several major historical events. The American sitcom may be one of the most popular animated TV shows in history, but has proved eerily accurate at predicting major life events in the past. So, when the crude oil prices in the US turned negative, people took to Twitter sharing a short glimpse from an episode on the show that displays the oil would reach $0 a barrel. Here are six other times when Simpsons predictions came true. 'Negative' Crude Oil Funny Memes and Jokes Take Over Twitter as Prices of US Crude Oil Dip Below Zero.

It is not clear from which episode the footage came out, but it shows Homer Simpson, delighted to see the oil price reaching $0 a barrel. Eerie, isn’t it?

The Simpsons had smartwatches in a 1995 episode. When Lisa visits a fortune-teller at a renaissance fair, the viewers are transported 15 years to the future to 2010—a time, as per the episode when wristwatch communication technology exists. But the modern voice recognition-enabled smartwatches were not rolled out until 2014.

In a scene from the season 22 premiere in 2010, Martin holds up a scorecard depicting his Nobel Prize betting pool with Lisa, Millhouse and Database. The MIIT Professor Bengt R. Holmstrom was clearly marked in one of Millhouse’s squares. Six years later, Holmstrom won the Nobel Prize in Economics.

Once again, The Simpsons is always right pic.twitter.com/992UUp8bI6

In a season 11 episode, released in 2000, Bart flashes forward into adulthood. Viewers learn that Lisa not only become president, but inherits “quite a budget crunch,” from her predecessor, Donald Trump. Sixteen years later, Trump became US President.

Lisa goes Gaga, episode 22 from Season 23 in 2012. Lady Gaga’s Simpson's doppelganger, Lisa performed a song for the residents of Springfield while suspended in the air. Five years later in 2017, the Queen of Pop descended from the roof of Houston’s NRG Stadium for the halftime show of Super Bowl L1.

Disney announces it has reached a deal to acquire 21st Century Fox, as predicted by a Simpsons episode that first aired on November 8, 1998. pic.twitter.com/kzloJQHeM8

In 1998 in its Season 10, Episode 5, after a trip to Springfield, director Ron Howard pitches a screenplay that Homer wrote to producer Brian Glazer of the 20th Century Fox. The scene begins showing a sign of the Fox Studio, “A Division of Walt Disney Co.” About 21 years later, in 2017, the merger took place.

An episode aired in 1993, titled, “Marge in Chains,” spoke about Osaka flu, showing how the virus spread across America. From Homer Simpson and his family to other people, everyone was infected with the disease. After COVID-19 first outbreak in Wuhan, China last year and eventually becoming a global threat in 2020, people online were convinced that the popular animated show, like many things else, predicted the crisis.

Time and again, The Simpsons have been weirdly correct at predicting significant life events. Although the creators of the show repeatedly insisted it was all to make viewers laugh with its humorous satire, these many claims turning out to be accurate, years later, The Simpsons is the longest-running and one of the controversial series for its eerie speculations.

(The above story first appeared on LatestLY on Apr 21, 2020 01:40 PM IST. For more news and updates on politics, world, sports, entertainment and lifestyle, log on to our website latestly.com).