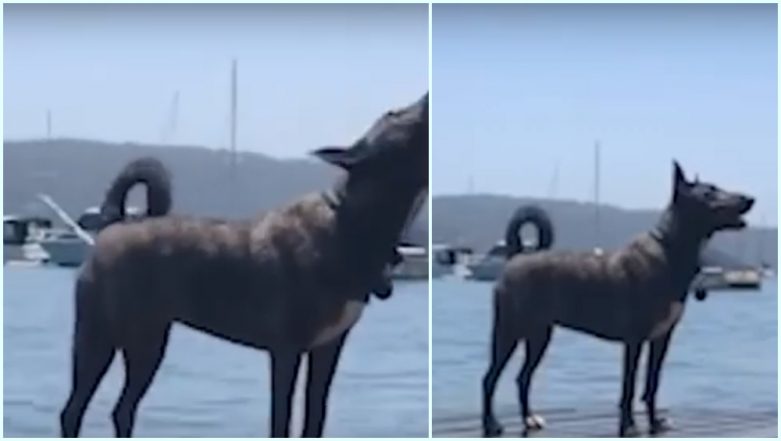 Why our canine buddies are so adorable? With every innocent act, they just brighten up our days. And a massive credit to social media for putting up such cute videos of the pooches which engages the dog lovers even in the worst of their boredom. We cannot get enough of dogs’ videos! At recent, a pooch is caught on camera, shooting seawater out of his butt on a sunny day reportedly in Australia. The sight is absolutely adorable and equally hilarious and is now going viral all over social media. From Polar Vortex in US to Meghan Markle’s Empowering Messages for the Sex Workers; 7 Videos That Went Viral This Week.

According to Daily Mail, the canine was swimming off at Avalon Beach in New South Wales. After his quick swim time, he began to shoot streams of water from his beach bum that left the camera onlookers into laughter. In the video, the pressurised pooch can be seen letting off three quick barks, squeezing out three jets of water, before a pause and final bark and squirt combination. Hortaya Borzaya Dogs in Matching Turtlenecks This Winter.