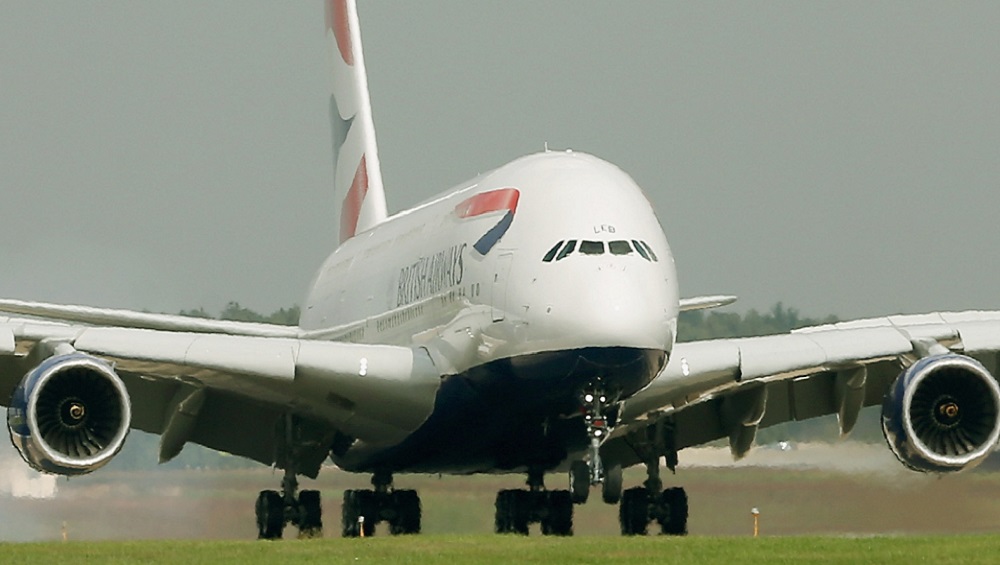 London, February 17: A plane has pulled off an extraordinary landing at Heathrow Airport, after contending with powerful headwinds brought by Storm Dennis.

Footage shows the pilot's skilful manoeuvre, as the Etihad Airbus A380 aircraft hovered sideways over the runway before successfully landing on Saturday, a report in British media said on Sunday.

The incident came as hundreds of flights into and out of the UK were grounded on Saturday because of Storm Dennis, with easyJet cancelling more than 230 flights.

The storm, the second to hit the UK in as many weeks, has unleashed strong winds and heavy rain over the weekend.

In some parts of the UK, more than a month's rain has fallen in just two days, causing the Environment Agency (EA) to issue a record number of flood warnings and alerts for England.

John Curtin, the EA's Flood and Coastal Risk Management Executive Director, said on Sunday that the 594 warnings and alerts in place were a record.

Parts of Wales saw more than a month's rainfall in 48 hours from Friday to Sunday morning.

The Met Office said that 156.2mm of rain had fallen over this period at Crai Reservoir in Powys, Wales, well above Wales' average monthly rainfall of 111.1mm in February.

The village of Nantgarw, Rhondda Cynon Taff, near Cardiff, is among the worst effected in the UK.

Mason said the weather was "unprecedented," adding he had "never experienced anything like this before."

Georgie Timmins, crisis response officer at the British Red Cross, said: "The storms are expected to continue, and water is anticipated to be at peak levels on Monday and Tuesday. It is important people are ready should the worst happen."