The viral WhatsApp post says new cases of people getting infected with Nipah virus have been reported in many cities and states. 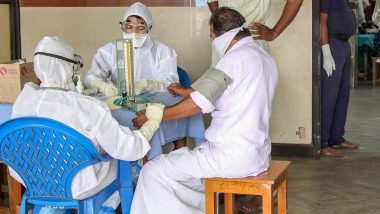 Mumbai, June 16: A post is going viral on WhatsApp claiming that a high alert has been sounded in several cities following the outbreak of Nipah. The viral WhatsApp post says new cases of people getting infected with Nipah virus have been reported in many cities and states after which high alert has been sounded. It claims the Nipah outbreak has reached Karnataka, Manipur, Meghalaya, Lucknow, Gorakhpur, Varanasi, Mau and Ranchi.

On June 3, a 23-year-old college student, admitted to a private hospital in Kerala's Ernakulam, tested positive for Nipah virus. Since then, however, no new cases of Nipah virus have been reported in the state, Union Health Minister Harsh Vardhan has confirmed. The state health minister K K Shailaja on Saturday said the scare of the second attack of Nipah virus in Kerala is over. 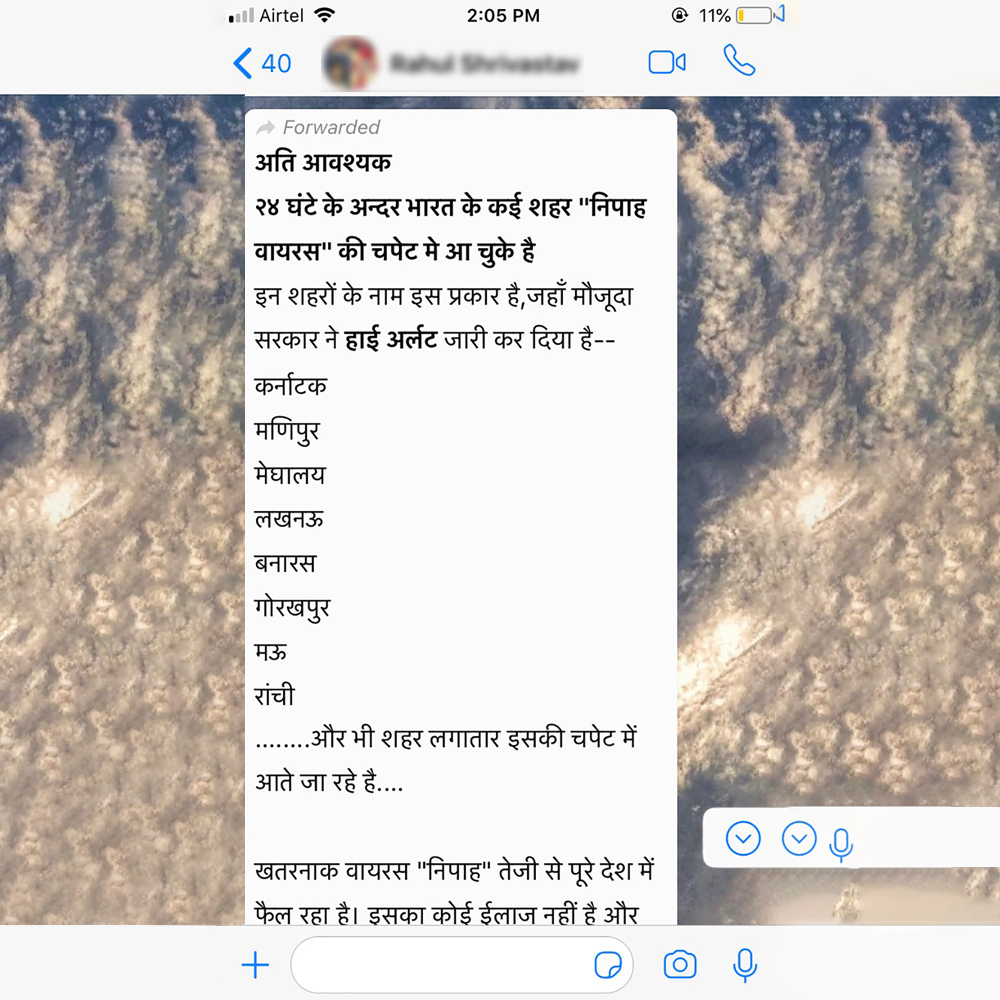 After the Kerala man was tested positive for Nipah virus, bordering states Tamil Nadu, Puducherry and Goa took precautionary measures. After a review meeting earlier this month, Goa Health Minister Vishwajit Rane said there is no need for people in Goa to panic. Dr KV Raman, Director of Department of Health and Family Welfare Service, said all necessary steps have been taken to prevent the spread of Nipah in Puducherry.

Madhya Pradesh's Guna witnessed the death of hundreds of bats after which administrations in Guna and Gwalior districts issued health advisories. However, the fact is no new cases of Nipah virus have been reported from any part of the country since the Kerala incident. The viral WhatsApp post is fake. Although states are taking precautionary measures, no high alert has been issued. Moreover, no death has been reported due to Nipah.

High alert in several cities due to Nipah outbreak.

No need to panic. No alert has been issued.

(The above story first appeared on LatestLY on Jun 16, 2019 02:12 PM IST. For more news and updates on politics, world, sports, entertainment and lifestyle, log on to our website latestly.com).