Marry, Divorce—Then Remarry! Taiwanese Man Marries Same Woman Four Times & Divorces Her Thrice in Over a Month Only to Extend His Paid Leaves

A Taiwanese man married the love of his life four times and divorced her thrice in over a month to extend his paid leave from work. The bizarre incident is making headlines. 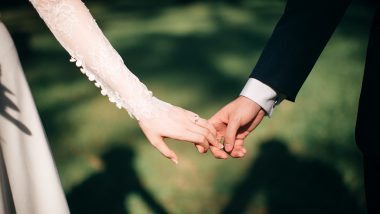 Marrying the same person twice isn’t just for celebrity couples like Elizabeth Taylor and Richard Burton, but it’s far more bizarre when you marry the same person four times. Well, it may seem a romantic reunion, but in the latest case, the couple married, divorced, remarried, only to get the man’s paid leave extended. Yes, as odd as it may sound, a Taiwanese man married the love of his life four times and divorced her thrice in over a month to extend his paid leave from work. The bizarre incident is making headlines. Even though the couples are not identified in reports, the man’s unusual move to seek paid leaves from work is making everyone go, ‘wait, what?’

The phenomenon of couples divorcing and remarrying is extremely rare, as they often go through several emotional turmoils after their separation. But what makes the latest incident highly bizarre is that the pair went through all of it to extend the man’s paid leaves. According to reports, the unnamed man works as a clerk at a bank in Taipei. When he requested leave, the bank approved an eight-day paid leave. He got married on April 6, 2020, and once his leave was over, he divorced his wife and remarried her the next day to ask for another paid leave, which he believed he was entitled to by the law. New Zealand Approves Three Days of Paid Leave For Couples After Miscarriage BUT Did You Know That Indian Women Are Already Entitled to 'Leave with Wages' for Six Weeks Post Miscarriage?

He repeated this until he married the same woman four times and divorced her three times. All this, he did in 37 days. Local media reported that the man’s leaves were extended up to 32 days. The organization eventually realised his intention and refused to grant him any more leaves. But the clerk decided to go ahead with his plan and later filed a complaint against his employer at the Taipei City Labour Bureau and accused the bank of breaking the law. According to Article 2 of the Labour Leave Rules in Taiwanese legislation, employees are entitled to eight days of paid leave when they get married.

Upon investigation by the Taipei City Labour Bureau, it ruled that the employer violated the law, and the bank was fined NT$20,000 (Rs 52,800) in October 2020. In its appeal, the bank claimed that the man’s “malicious abuse of marriage leave was not a legitimate cause of leave under the Labour Leave Rules.” Finally, on April 10, the Beishi Labour Bureau upheld the previous ruling but acknowledged that the employee was unethical in his conduct but noted that he had not violated any law. It was the bank who, rather, disobeyed Article 2 of the Labour Leave Rules.

(The above story first appeared on LatestLY on Apr 16, 2021 07:42 PM IST. For more news and updates on politics, world, sports, entertainment and lifestyle, log on to our website latestly.com).