When the family was sitting at their home, to enjoy some meal, one of the members—a little girl choked on face mask cooked inside a chicken nugget. The mother was left horrified. After the incident went viral, McDonald’s issued an apology to the family and reported that the team would further investigate the matter. 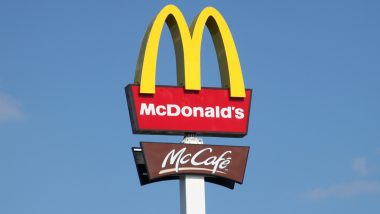 The coronavirus pandemic has forced us all to change our lifestyle. Following more precautions and going out, covering our face is a necessity. Many shops and restaurants are now open, with some limiting themselves for takeaways and home deliveries only in a bid to avoid catching the novel coronavirus which has infected people in millions, globally. Keeping all the restrictions in mind, a family in Aldershot, Hampshire, UK had collected a takeaway from a McDonald’s branch, only to have a shocking experience. When the family was sitting at their home, to enjoy some meal, one of the members—a little girl choked on blue face mask cooked inside a chicken nugget. The mother was left horrified. After the incident went viral, McDonald’s issued an apology to the family and reported that the team would further investigate the matter.

As reported by Hampshire Live, the mother, Laura Arber, took three of her children to their local McDonald’s outlet on August 4, 2020. When they returned home, their happy meal turned out to be a horrific experience. Her daughter, Maddie began choking on the couch. Acting quickly, she put her fingers into Maddie’s mouth to pull out the food and said she vomited something blue. It was a face mask, claimed the mother, in a now-deleted Facebook post. Flock of Sheep Visit McDonalds in South Wales, Netizens Remember Classic Nursery Rhyme 'Old McDonald Had a Farm.'

“I thought, what on earth is this?! I didn't even think it could be the chicken nugget but looked over at the box and all you could see was this blue coming out of another chicken nugget in the box of 20,” she was quoted saying in the same report. “And the mask is cooked into it, like a part of the mixture and it's clearly a mask. You can see the seam and how solid it is in there,” she added.

Laura immediately called the restaurant to complain and headed back to McDonald’s to discuss about the incident. An immediate apology was not issued, and the branch in question was still selling chicken nuggets, even after Laura’s complain. KFC Apologises for Selling Chicken Instead of Vegan Burger to Vegetarian Couple Who Felt 'Physically Sick' After Eating it.

As the story went viral, the fast-food giant later issued an apology to the family. “We are very sorry to hear about this customer’s experience. Food safety is of the utmost importance to us and we place great emphasis on quality control, following rigorous standards to avoid any imperfections,” the company said, as quoted by media reports. McDonald’s further stated that they offered a full refund to the family and even asked them to return the item so they can further investigate the matter.

(The above story first appeared on LatestLY on Aug 07, 2020 01:15 PM IST. For more news and updates on politics, world, sports, entertainment and lifestyle, log on to our website latestly.com).