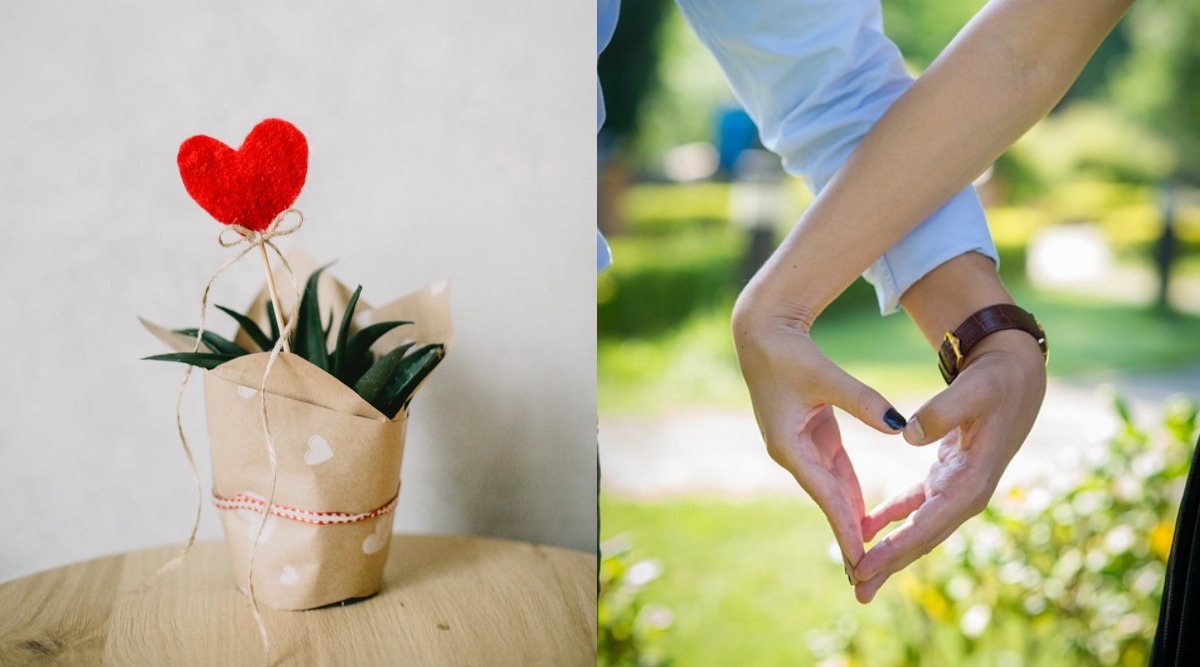 Patna, Feb 14: Lovebirds in the Bihar capital may give the ubiquitous rose a slip this Valentine's Day, thanks to a drive launched by the state government.

"Pyaar ka paudha" (a plant of love) is the name of the initiative launched by department of environment and forest, which seeks to encourage young men and women to exchange saplings which live longer than the exquisite, fragrant flowers that wilt too soon. Valentine's Day 2020: Here's How You Can Say 'I Love You' in Geeky Ways.

"Plantation of trees and saplings is being promoted on war footing as part of the Jal Jeevan Hariyali campaign. Valentine's Day struck to us as an occasion when the effort could be given a boost," the department's Principal Secretary Dipak Kumar Singh said. He said as part of the "pyaar ka paudha" initiative, stalls have been set up at select locations in the city, known to be frequented by young couples intending to celebrate Cupid, where saplings would be available at affordable rates.

"Care has been taken to ensure that the saplings are of varieties which can grow in flower vases, kept in places where sunlight may not be in abundance. Most dwelling places in the urban sprawl are marked by such conditions", he said. Yet another thing being factored in, while deciding the plants, is that these should be emitting sufficient oxygen, Singh said, adding that this is vital in view of Jal Jeevan Hariyali campaign's wider concern is combating climate change. Valentine's Day 2020 Special: 5 Ways in Which You Can Motivate Your Partner to Stay Fit and Healthy.

Conceptualised after a meeting of both houses of the state legislature convened by Chief Minister Nitish Kumar last year, Jal Jeevan Hariyali is an initiative that seeks to combat climate change through conservation of the environment and has earned plaudits from several corners. Microsoft founder Bill Gates, who met Kumar here in November last year, had also raved about the impoverished state's ambitious drive.

February 14 is celebrated as Valentine's Day across the world. On the day, people express their love and affection with greetings and gifts.

Singh, however, made it clear that "pyaar kaa paudha" was there to stay even after the festival of love was over. "Of course, these stalls will be very much thereafter February 14 as our message - gift your loved ones a sapling instead of a flower - will resonate with the people even after the buzz surrounding Valentine's Day is over.

"We have sought to convey the message that a sapling bears flowers and fruits and has the potential to grow into a big tree if conditions allow. And this is the way we wish our relationships to be," he said. This is a pilot project that the government has launched in Patna. "If we are satisfied with the results, we would like to replicate the experiment across the state," he added.