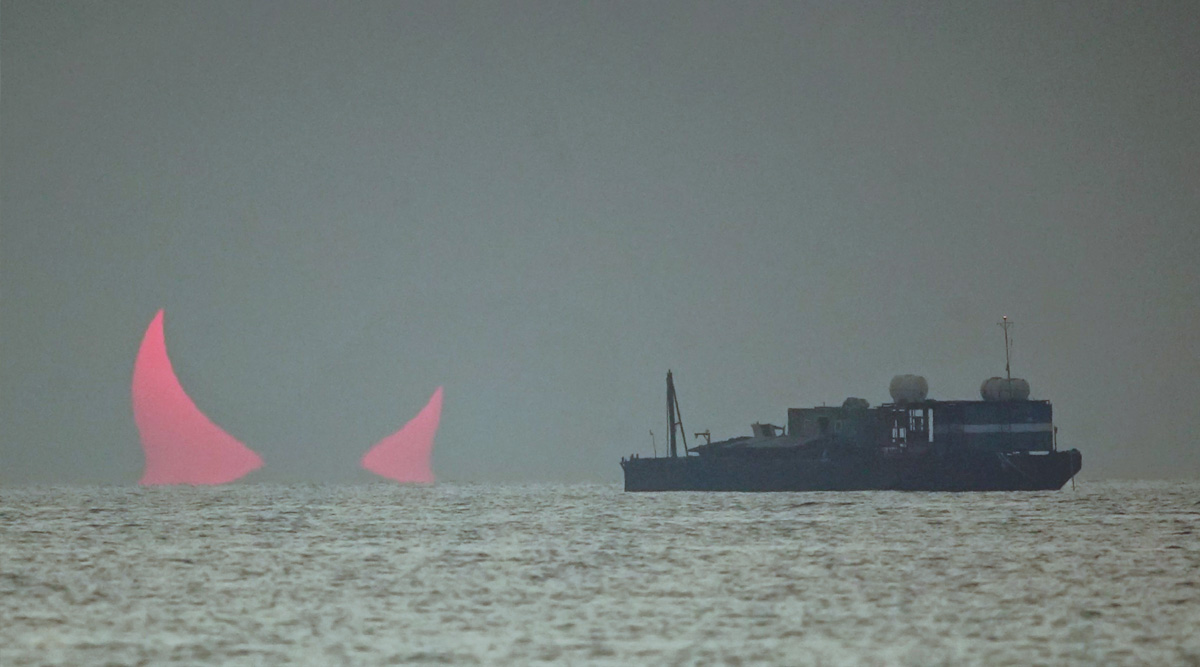 We had just experienced an annular solar eclipse on December 26, 2019. Many incredible images of the celestial event were shared online. But one photo seemed to have just won the hearts as it beautifully captured the astonishing phenomenon. A photographer shared an image of a sunrise over the Persian Gulf that resembled red devil horns. The view is fascinating! The photographer was indeed lucky to be able to witness such a magnificent spectacle created by nature. Along with red devil horns pic, he also shared several other pictures of the Sun rising from the sea. The images are making international headlines and have gone viral insanely on the internet. Solar Eclipse December 2019 Pics and Videos: Netizens Share Glimpses of The Last Surya Grahan of The Year.

Elias Chasiotis, a photographer and an amateur astronomer who knew eclipse would be visible from Qatar at sunrise, flew to the coastal city of Al Wakrah from Athens. He captured the ‘ring of fire’ rising from the sea. He took to Facebook sharing the beautiful images of the annular solar eclipse that he captured during his trip. “A quick last minute's visit to Qatar for the annular eclipse of the sun of 26 December 2019. The annular phase was blocked by clouds, but the red crescent sunrise was the most awesome sunrise i've ever seen!” reads the caption. Wolf Moon 2020 Date and Timings: Know Everything About January's Full Moon That Coincides With Penumbral Lunar Eclipse.

This is a rare view. And not every time, we are blessed with photographers capturing such mesmerising moments from the celestial event. However, for the last annular eclipse, we had Chasiostis for the above images. NASA also declared the devil horned sunrise image as the Astronomy Picture of the Day on December 28, 2019.

NASA on its website explained that the dark circle near the top of the reddened Sun is the Moon, and also the dark peak just below. This happens when the Earth’s atmosphere has an inversion layer of unusually warm air which acts like a gigantic lens and created the image. The administration stated this phenomenon of atmospheric optics is known as the Etruscan vase effect. The next annular solar eclipse will occur on June, 2020.