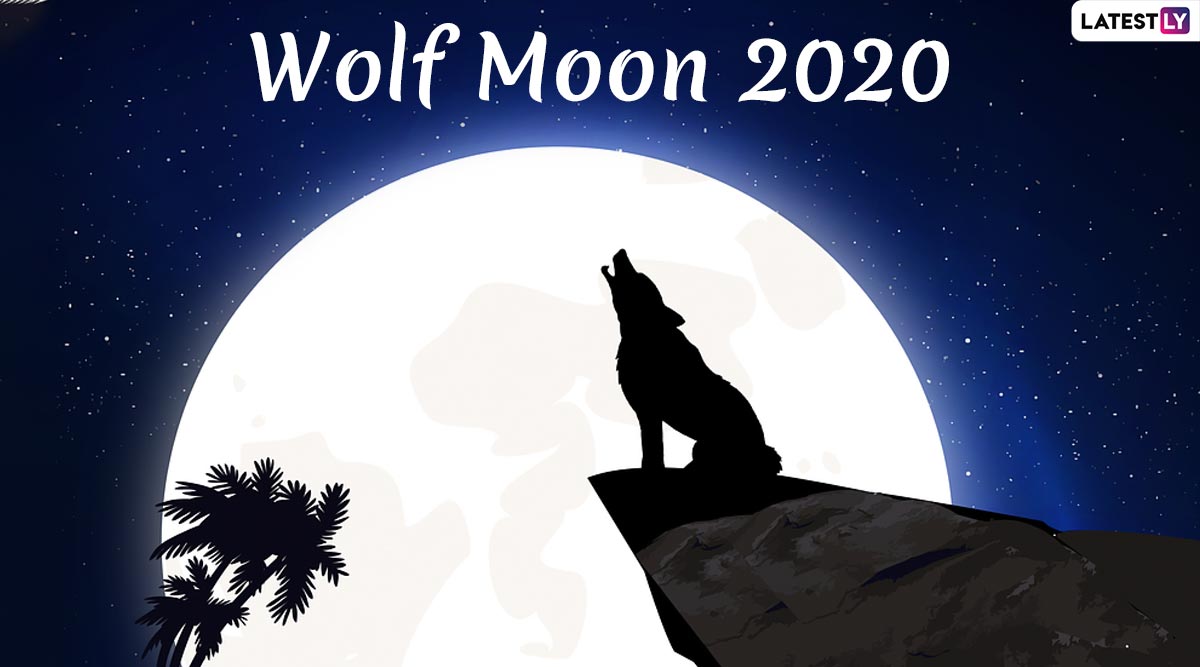 Are you a lover of the moon, who loves observing all the phases of this satellite? Well, then the full moon day of January, which will be Wolf Moon is soon approaching. Full Wolf Moon 2020 will occur on January 10 this year. This full moon occurrence also brings in a penumbral lunar eclipse with it. Wolf Moon marks the first full moon of 2020 and ahead of this occurrence we tell you a little more details and why it is called so. Celestial Calendar of January 2020: Quadrantids Meteor Shower, Penumbral Lunar Eclipse And Other Astronomical Delights to Look Forward To in This Month.

This first moon of the year also occurs with a penumbral eclipse. This phenomenon takes place when Earth comes in between the Sun and the Moon. So a part of the sun's rays cannot reach the moon, which casts a darkness on some part of the satellite, which is called the penumbra. The moon looks more grey in colour. January 2020 Lunar Eclipse Date & Time in India: What Is Penumbral Lunar Eclipse? Where Will Chandra Grahan Be Visible in Indian Cities?

When there was no way of tracking timings and season, the Native American tribes used lunar phases as their calendars. So seasonal changes were marked with lunar months. The name for Wolf Moon is said to have Anglo-Saxon origins. During these months, the wolves used to howl in the direction of the moon and mark their territorial presence. Scientific community also states that when they howl in upward direction, the sound is projected to reach farther. So as the winter months saw more activeness of the wolves at night, the moon was also named after it.

Some of the other names for Wolf Moon are Old Moon and Ice Moon. This moon is also called the Moon after Yule, which is the time of the ancient festival celebrating the Winter Solstice around December 22.