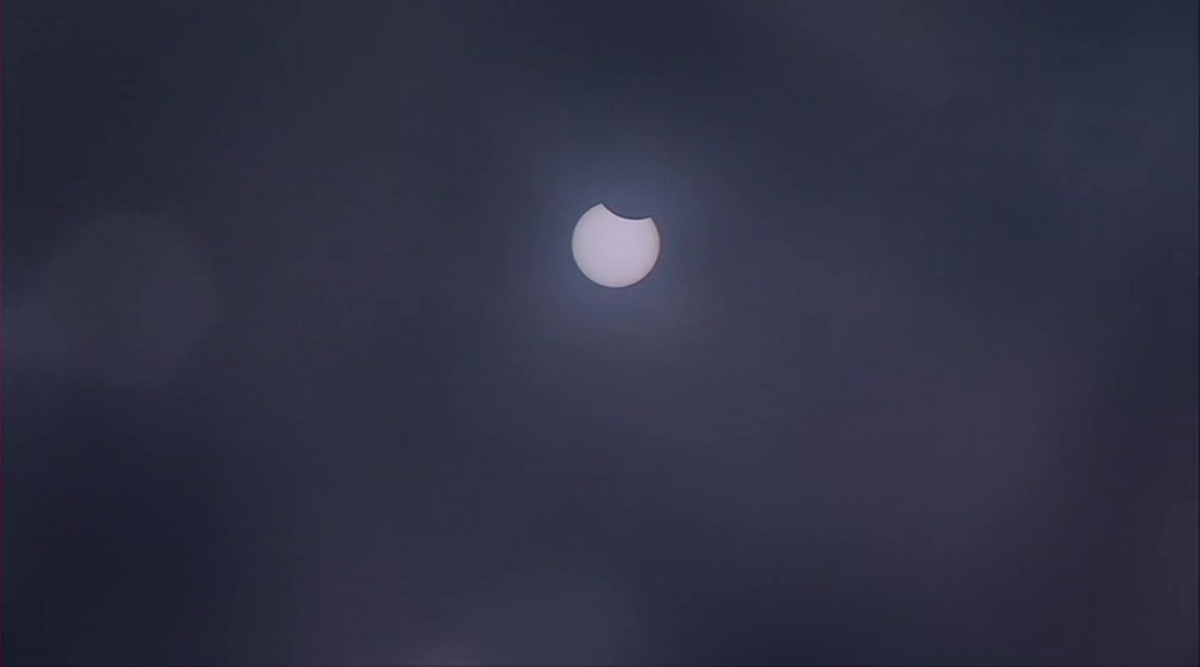 It is a great start to the day for those who love observing celestial events as the annular solar eclipse 2019 is taking place right now. The Annular eclipse is when the Moon passing in between the Earth and the Sun, and its shadow falls over the sun. Also commonly known as Surya Grahan, people can view this spectacle from the Middle East, UAE, India, Sri Lanka, Malaysia, Indonesia, the Philippines and Guam. In India, the spectacle can be clearly seen mostly from the southern states of the country. As the last solar eclipse of this year has begun, those who have managed to get a glimpse of it are sharing pictures and videos on social media. Solar Eclipse December 2019 Live Streaming: Watch Surya Grahan in India Online.

This occurrence of the annular solar eclipse is also called the "Ring of Fire". It is when the moon will cover the surface of the sun's centre and cast a shadow on the earth. For an observer, the outer edges of the sun will appear illuminated, with the moon's shadow in the middle. So it appears as "Ring of Fire." Solar Eclipse 2019 Sutak Date and Timing: Know What is The 'Inauspicious Time' During Last Surya Grahan Of The Year.

Check Some Pics and Videos of Solar Eclipse 2019:

Here's a Peek at the Slight Shadow

Just a little peek from the clouds and I was lucky enough to take the shot.#solareclipse2019 pic.twitter.com/wOvpkfLz4R

Here's a Video Peek at the First Shadow on The Moon

Almost Half the Sun Covered

Watch Video of the Solar Eclipse 2019 Seen From Different Parts of India:

If you too are planning to head out and watch this event, then do not directly into the sun as it can affect your vision. There are special eclipse glasses available which have a safe filter through which you can see the sun and enjoy the eclipse.