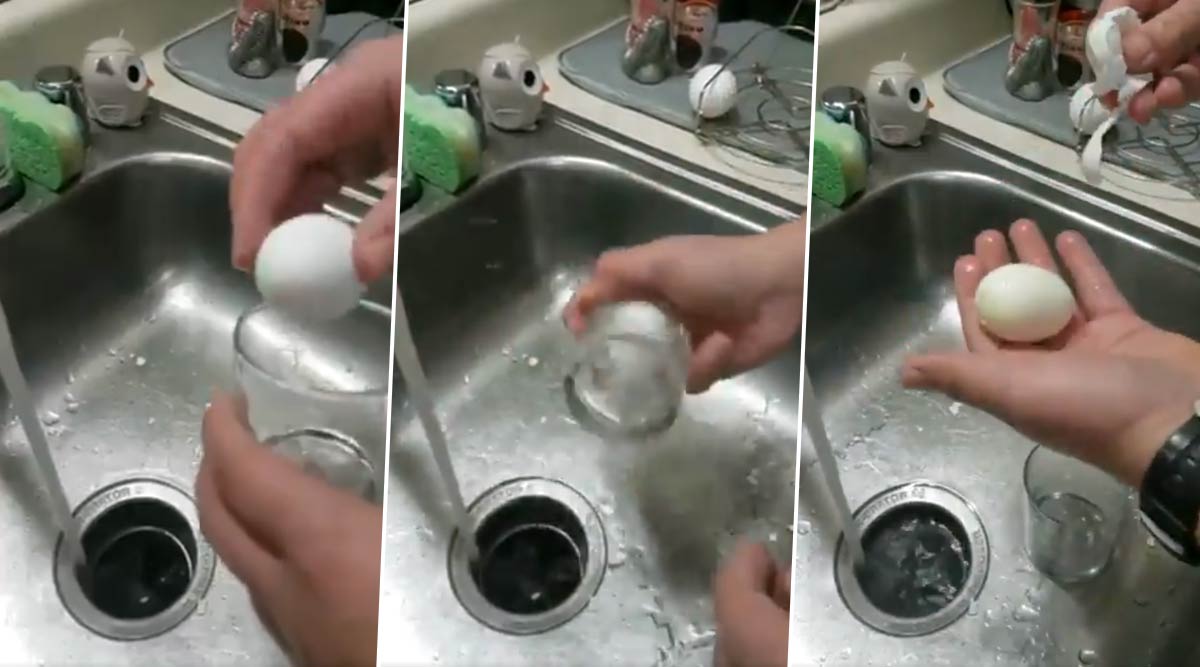 What if we tell you you have been peeling boiled eggs wrong all this while? Well, turns out we've all been not doing it right.  Peeling hard-boiled egg comes in the list of few things we all hate doing. It is messy, super hot and we end up peeling off some of the egg-whites as well.  Call me out if I'm lying, but it is a TASK! Some of us possess zero patience when it comes to peeling boiled eggs. But fret not, an easy-peasy, lemon-squeazy trick showing how you can peel boiled egg under a minute is going viral and it is going to change the way you peel eggs forever. The trick is from the "Twitter University of Science and Technology" as one of the fans of the trick wants to call it.  No, for real tho, it was shared by a Twitter user called Madeyousmile who goes by the name @Thund3rB0lt on the internet.

In the video, one can see that a person puts an egg in a glass, yes you read that right. He then fills the glass with water and then shakes for just a few seconds. He then takes out the egg which has its shell almost out already. You just have to swipe out the cracked shell and voila, you have your boiled egg. The caption on the video read: "Apparently I've been cracking open hard-boiled eggs wrong all this time... who knew?"

The reactions are super hilarious, check out the best ones:

What temperature is the water? Cold or warm hard boiled eggs? Temp makes a difference! Tell us temperatures of eggs and the water. Thank you

This is life changing 😂

Couldn't you close the tap ? So much of water wasted!

Just a few months ago, a pomegranate peeling hack video was posted on Twitter has gone viral ever since. The hack doesn't only make it super easy to remove pomegranate seed from the peel but also helps you serve it beautifully, in a hassle-free manner. Or in other words, let's just declare it the easiest way to peel a pomegranate in the world, already!