Nysa Devgn’s pictures from Dua Lipa’s concert in London have taken internet by storm. The star kid was seen at the event with Orhan Awatramani, Tania Shroff and other friends.

Pictures of Ajay Devgn and Kajol’s daughter Nysa Devgn from Dua Lipa’s concert have taken internet by storm. The star kid attended the concert in London with her friends that included Orhan Awatramani aka Orry, Tania Shroff among others. The pictures from the concert were posted by Orry on Instagram to which Janhvi Kapoor even dropped a comment saying, “Omg Orhan has posted”. Nysa Devgan Looks Uber-Cool and Sensational in Her Manish Malhotra Outfit.

Nysa Devgn With The Gang At Dua Lipa’s Concert

Few More Pics From The Concert 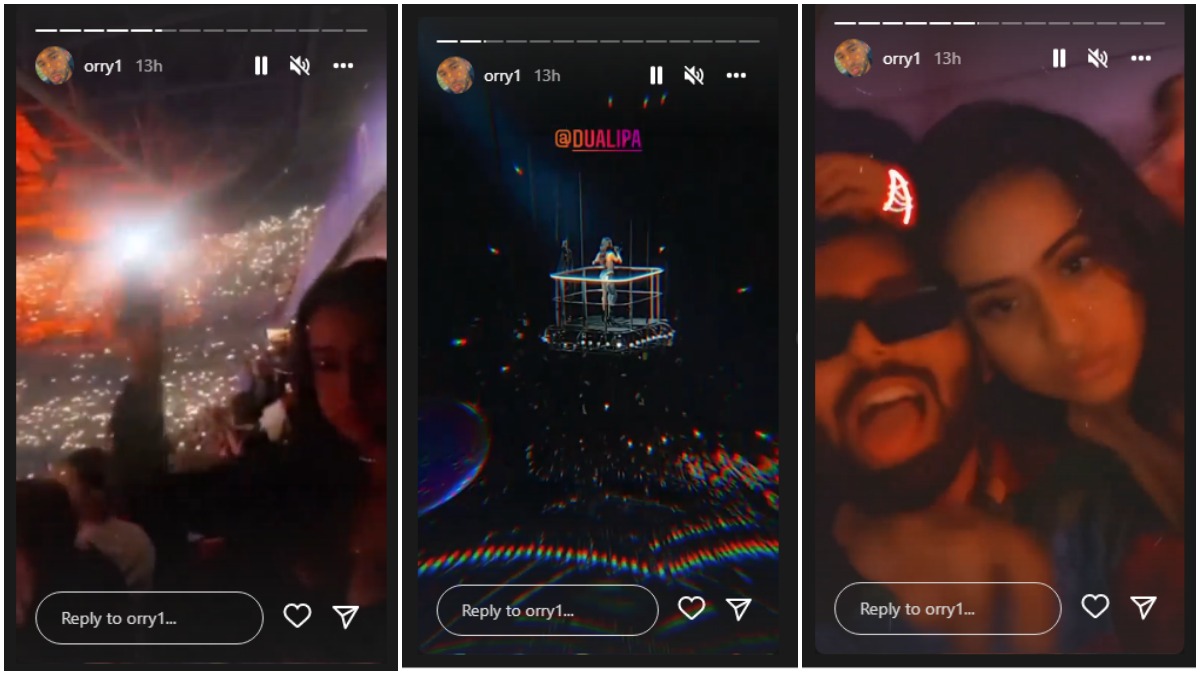