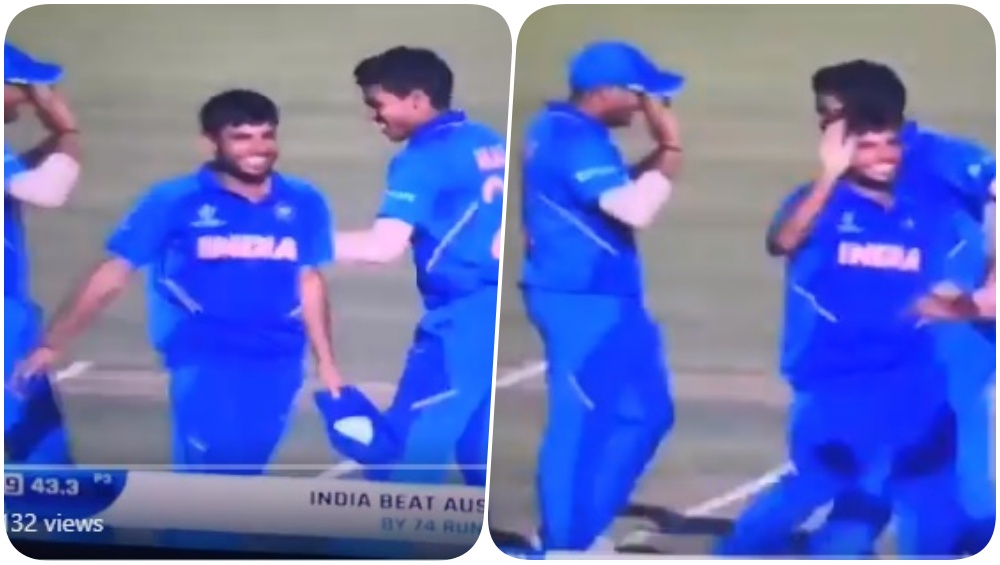 The Boys in Blue are battling it out in South Africa at the U-19 World Cup 2020 and today the Indian team went onto beat Australia by 74 runs in the quarter-finals of the U-19 World Cup 2020. The match was held at the Senwes Park in Potchefstroom. The Indian team made way into the semi-finals of the mega-event. Needless to say that the boys were extremely happy as they are on their way to script history. India’s bowler Aakash Singh flaunted his dance moves after India went on to beat the Aussies. The video of his dance went viral on social media and was shared by the netizens. India U19 vs Australia U19, ICC Under 19 CWC 2020 Quarterfinal Match Result: IND Breeze Into Semis, Beat AUS by 74 Runs.

Karthik Tyagi was the man of the moment as his scalped four wickets by giving away only 28 runs. He sent Mackenzie Harvey, Lachlan Hearne, Oliver Davies and Patrick Rowe packing on the score of 4, 0, 2 and 21 runs respectively. It wouldn’t be wrong to say that he played a vital role in the team’s victory. For now, check out the video of Aakash Singh’s dance video below:

Talking about the match, Yashasvi Jaiswal once again shone brightly as he scored 62 runs. Atharva Ankolekar made 55 runs and contributed immensely as India put up a score of 233 runs on the board for the loss of nine wickets. Meanwhile, the Aussies got bundled out on the score of 159 runs and could not even survive for full 50 overs of the game.