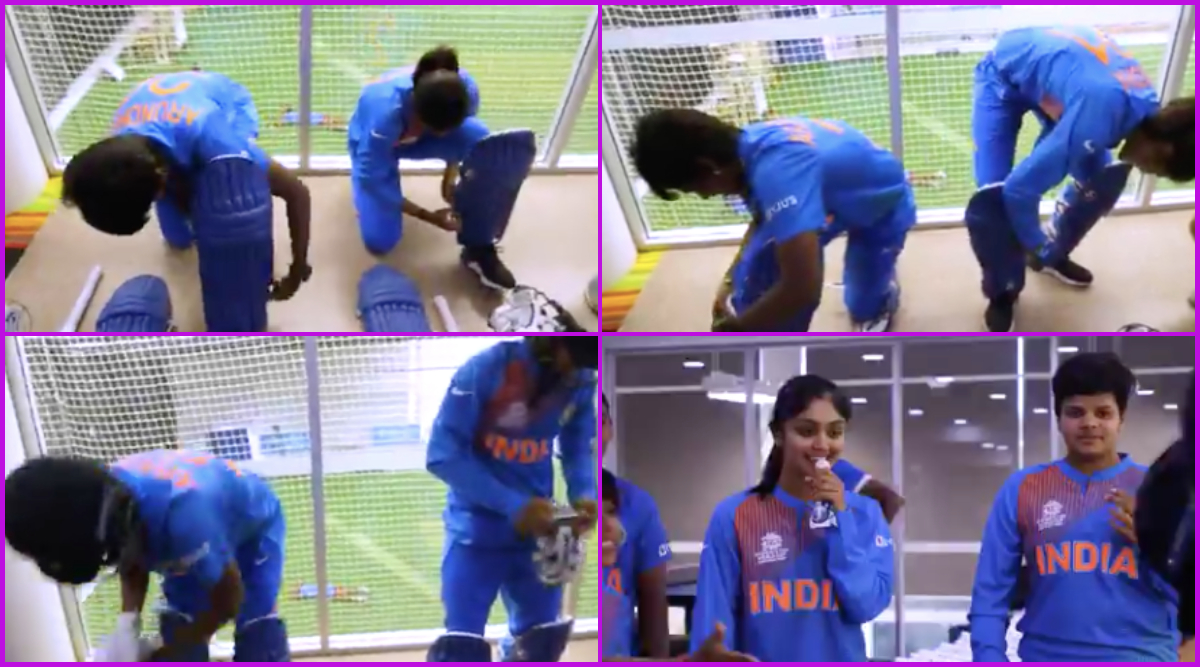 The ICC Women's T20 World Cup 2020 is around the corner and teams are preparing for the big-ticket tournament. The Women's T20 WC begins on February 21 with India taking on hosts Australia. Apart from routine practice sessions, teams indulged in warm-up matches as well. However, the players are finding ways to relax amidst the hectic buildup. Indian women cricketers Radha Yadav and Arundhati Reddy took ICC's 'Get Your Kit On' challenge and competed with each other. ICC Women’s T20 World Cup 2020 Schedule Time Table in IST For Free PDF Download Online: Check Fixture Dates, Match Timings, Venue Details of Twenty20 WC in Australia.

The video of the 'Get Your Kit On' challenge between Radha and Arundhati was shared by ICC through its official T20 World Cup Twitter handle. The two Indian players competed against each other, and it was Arundhati who emerged as victorious but after a close competition. Iram Javed and Other Pakistan Women Cricketers Show Brilliant Beatboxing Skills Ahead of 2020 ICC Women’s T20I World Cup in Australia (Watch Video)

Here's the Video of ICC Get Your Kit On' Challenge

India's Radha Yadav and Arundhati Reddy are padding up ...

... to see who can get their full cricket kit on the fastest! #T20WorldCup pic.twitter.com/3XfJhtvwNK

India are placed in Group A alongside Australia, Bangladesh, New Zealand and Sri Lanka. The Group B features England, Pakistan, South Africa, Thailand and West Indies. Top two teams from each group will qualify for semi-finals and then two teams will face-off in the finals. India have never won the Women's T20 World Cup. In 2009, 2010 and 2019, the women's team made it to the semi-finals.