Ben Stokes Slams The Sun For Publishing An Article About His Family, Labels the Report 'Lowest Form of Journalism’

Ben Stokes is quite angry with the popular newspaper of UK named 'The Sun' for publishing a report about his family about his the cricketer’s sister and brother, Tracey, eight, and Andrew, four were murdered by his mother’s ex. The incident had happened before the birth of the cricketer. The Kiwi-born cricketer has never spoken about the incident in public. 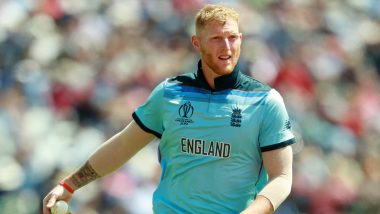 Ben Stokes is quite angry at the popular newspaper The Sun for publishing a report about his family. The tabloid wrote about the cricketer’s half-siblings Tracey,  and Andrew who were eight and four when they were murdered by his mother’s ex. The incident took place before Stokes' birth and the Kiwi-born cricketer had never spoken about the incident in public. Ben’s mother Deb was previously married to Richard Dunn and had separated from him. Dunn was furious when he came to know that Deb had gotten with rugby coach Gerard Stokes. Since he had the custody of the children he shot them both and then went on to kill himself. Stokes Blasts English Daily over His 'secret Family Tragedy' Report.

Stokes’ personal life was splattered all over the newspapers and this did not go down well with the England cricketer. The cricketer took to social media and slammed the newspaper for invading his privacy after they sent a couple of reporters to New Zealand to his parent’s house. In a long statement, he said that this was the lowest form of journalism.

Check out the entire statement below:

Speaking about Ben Stokes, after finishing the Ashes 2019 on 2-2, the cricketer is on a break. The England batsman had scored 441 runs from five Test matches and had batted at an average of 55.12. This also included a couple of centuries and also went on to claim eight wickets. It was his innings fo 135 runs in Headingley that led the team to win the game by one wicket.

(The above story first appeared on LatestLY on Sep 17, 2019 06:17 PM IST. For more news and updates on politics, world, sports, entertainment and lifestyle, log on to our website latestly.com).