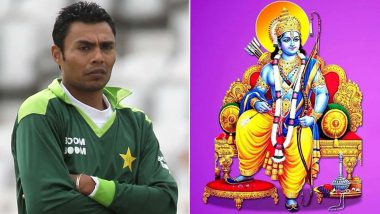 Danish Kaneria, former Pakistan cricketer, reacted to the featuring of Ram Mandir digital image in the giant billboard of New York’s Times Square. Kaneria joined the celebrations on the occasion of the foundation of the Ram Mandir in Ayodhya. The 39-year-old tweeted the ‘Jai Shri Ram’ chant along with an image of the famous Billboard featuring the Ram Mandir digital image before deleting the tweet. He later posted a different tweet to celebrate the occasion and said that it was a ‘moment of great satisfaction.’ Ram Temple Digital Billboard Features in New York’s Times Square, Watch Video. 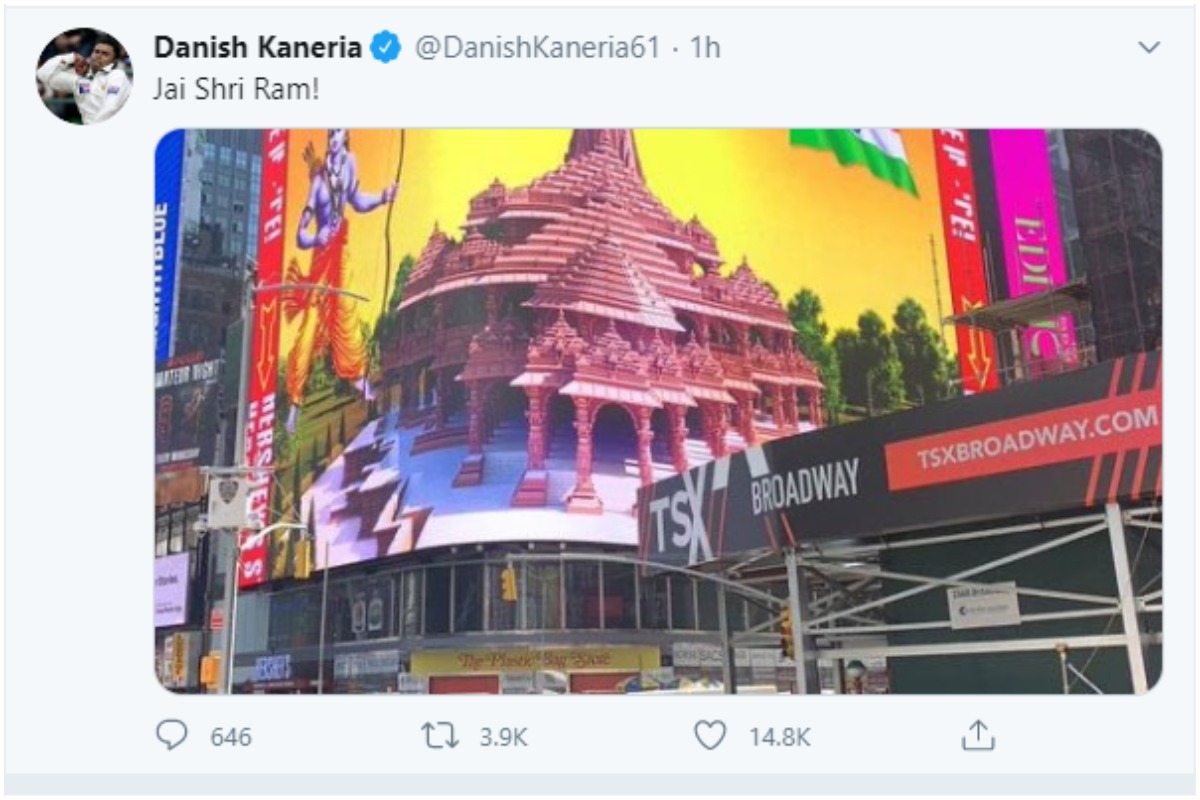 The leg-spinner, however, received backlash over the post with many even threatening him leading to Kaneria deleting the tweet an hour after posting it. 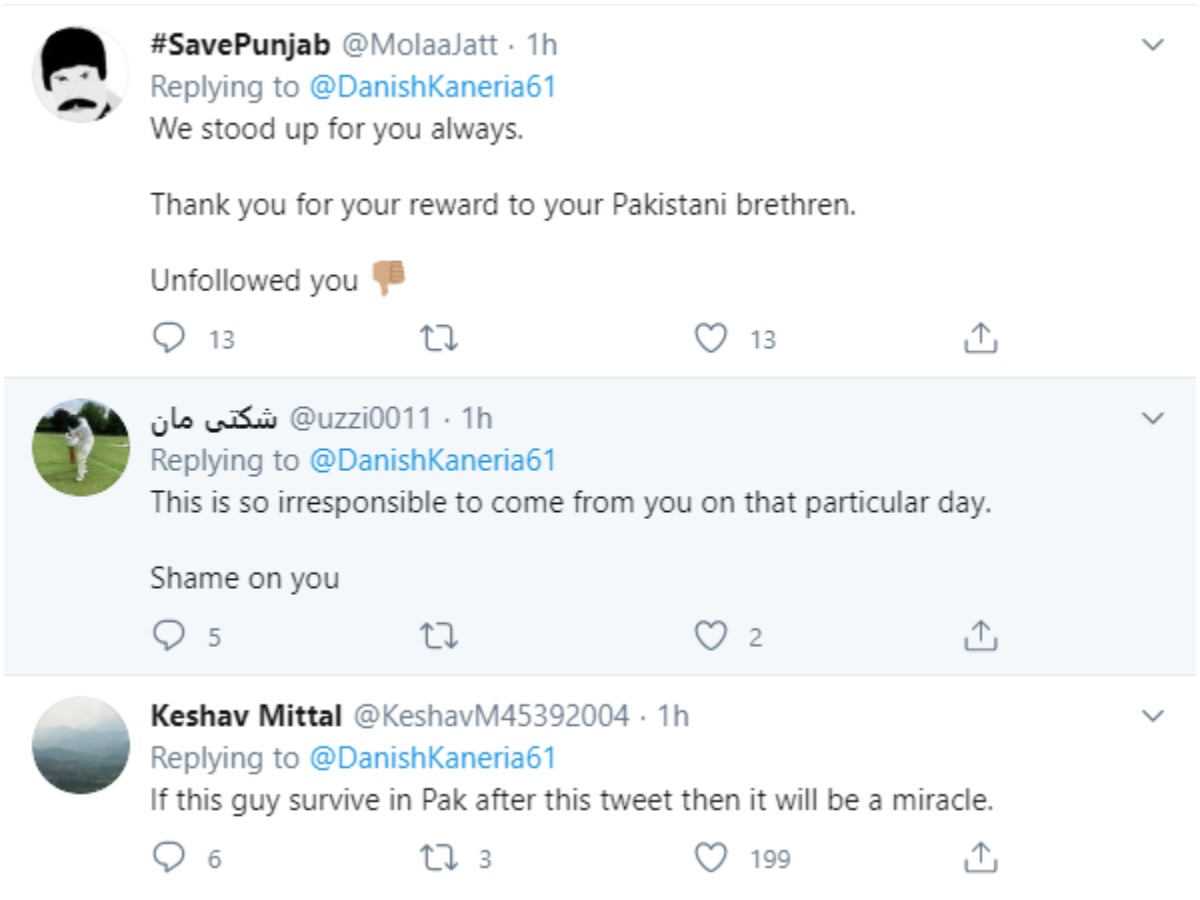 He later took to twitter and posted a different image with a different message. This time he used the ‘Jai Shri Ram’ chant as a hashtag. “The beauty of Lord Rama lies in his character, not in his name. He is a symbol of the victory of right over the evil,” said Kaneria, who in recent time has accused former Pakistani captains and teammates to have been against him for being a Hindu.

The beauty of Lord Rama lies in his character, not in his name. He is a symbol of the victory of right over the evil. There is wave of happiness across the world today. It is a moment of great satisfaction. #JaiShriRam pic.twitter.com/wUahN0SjOk

“There is wave of happiness across the world today. It is a moment of great satisfaction. #JaiShriRam” wrote Kaneria on Twitter. Kaneria also posted an image of Lord Ram in his post.

Meanwhile, Prime Minister Narendra Modi had, on Wednesday, laid the Foundation Stone of the Ram Temple in Ayodhya after attending the ‘Bhumi Pujan’. The construction of the temple is likely to be completed within the next three years. Hours after the PM had laid the foundation stone, the Times Square billboard featured a digital image of the Ram temple.

Videos that emerged online as well as a tweet from ANI showed the giant renowned digital billboard feature a proposed model of Ram Temple. An image of Lord Ram and the India national flag was also featured on either side of the Ram temple image.

(The above story first appeared on LatestLY on Aug 06, 2020 12:14 AM IST. For more news and updates on politics, world, sports, entertainment and lifestyle, log on to our website latestly.com).