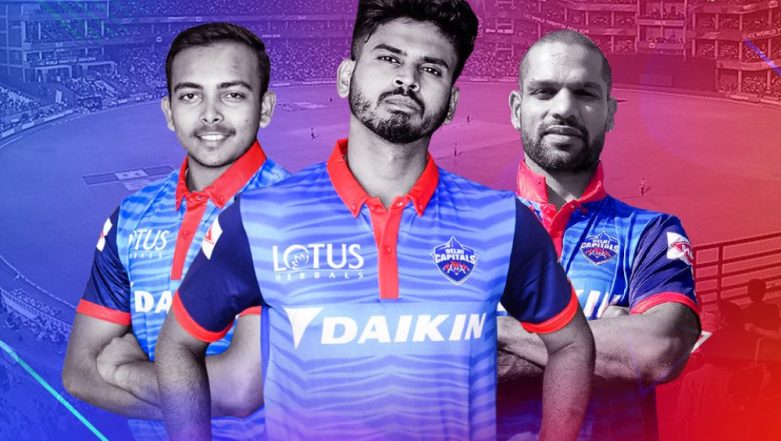 The Delhi Daredevils have opted a rebranding policy prior to the start of the 2019 IPL and hence they have adopted a new name in Delhi Capitals. They finished bottom of the points table in the last IPL winning 5 games the entire season. It has been their story since the inception of the league with plenty of underachieving campaigns. The management is hoping a change in name will also bring a much-needed change in luck for the team. Ricky Ponting gets another shot at making things right for Delhi after a poor showing in 2018. IPL 2019 Schedule in PDF: Download VIVO Indian Premier League 12 Full Timetable With Fixtures, Matches, Team and Venue Details.

The biggest buys for Delhi Capitals is local boy Shikhar Dhawan who moved from Sunrisers Hyderabad after a pay dispute. The left-handed batsman will likely open the innings with Prithvi Shaw and given his fan following in Delhi, he should not take much time to settle. Colin Ingram and Axar Patel are decent buys considering they have a good record in the shortest version of the game. Another local lad who is coming home is fast bowler Ishant Sharma who was picked up the DD management in the 2019 auction. Delhi Capitals Tickets for IPL 2019 Online: Price, Match Dates and Home Game Details of DC in Indian Premier League 12.

The presence of Kagiso Rabada and Trent Boult gives Delhi an edge in the fast bowling department. Sandeep Lamichhane has garnered praise for his spin bowling in several T20 leagues around the world and he could be the x-factor of the side. Outside cricket, JSW Sports who is the co-owner of Delhi Capitals is looking to buy GMR’s 50 percent share in the franchise to gain complete control over the team. With a chairman of their camp, JSW Sports are well on the way to run the franchise as per their terms. DC Team in IPL 2019: List of Delhi Capitals Players for Indian Premier League 12 After Auction.

The Delhi Capitals strength lies in their Indian batsmen who are supremely talented and form the core of the side. Starting from openers Shikhar Dhawan and Prithvi Shaw to Risabh Pant and Shreyas Iyer- they all can bat aggressively and play long innings. It is safe to say these four batsmen will play the majority of the overs in each game and thus onus will be on them to put Delhi Capitals on top.

Their inability to be consistent and often starting poorly is a huge problem for the Delhi Capitals. They always seem to lack the self-belief needed to excel in the Indian Premier League. Changes in tactics, as well as players, never brought the results the management and fans were looking for so no one is optimistic really about their chances in the IPL. Delhi Capitals IPL 2019 Team: Prithvi Shaw, Hanuma Vihari & Others Start Preparing for Indian Premier League Season 12 (See Pics).

Their first game of the campaign is away at Wankhede Stadium in Mumbai against the Mumbai Indians on the 24th of March. Their first home game is against Chennai Super Kings on 26th March at the Feroz Shah Kotla Stadium.

Note: IPL 2019 schedule has been released for two weeks only and is subject to change.