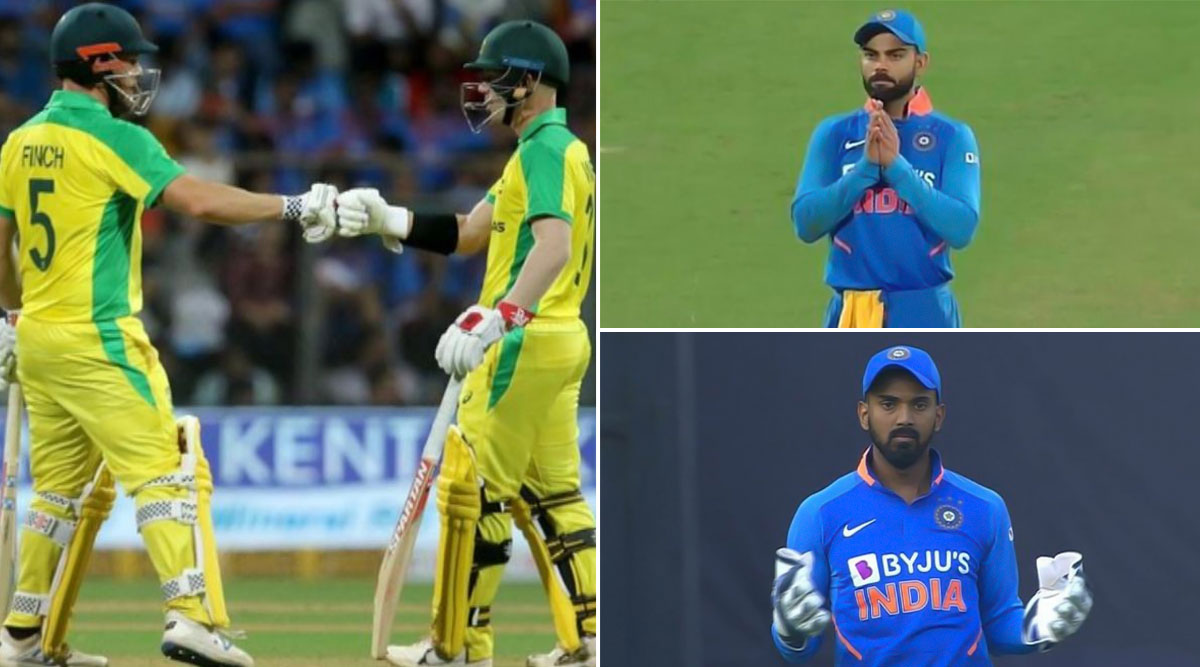 India were not able to extend their sensational run against Australia and they lost the first of the three-match ODI series by 10 wickets. Virat Kohli and Men were outplayed in all three departments as a rampant Australian side chased the target of 256 runs with more than 10 overs to spare. David Warner and Aaron Finch made an absolute mockery of the Indian bowlers and never allowed the home side to make any sort of comeback. In fact, it was the only fifth time when India suffered a 10-wicket victory in ODIs. Twitterati were also baffled by India’s humiliating defeat and slammed the Virat Kohli-led side for their dismal show. The social media was filled with memes on India’s loss and below, we’ll look at some of them. India vs Australia, Highlights And Cricket Score 1st ODI Match.

Earlier in the match, Aaron Finch won the toss and elected to field at the Wankhede Stadium in Mumbai. The decision proved to be spot on as India lost wickets at regular intervals and were bundled out for a peculiar total of 255 runs. Shikhar Dhawan was the only Indian batsman who scored a half-century while for Australia, Mitchell Starc was the pick of the bowlers who bagged three scalps. In reply, the Aussie opening pair didn’t put a foot wrong and since then, it was a one-sided show. The fans were not able to keep calm and posted hilarious memes and posts on India’s unexpected display. Some reminded the netizens about the history of Australia’s dominance while others claimed that India could only play well against Sri Lanka and West Indies. Have a look. India vs Australia 1st ODI 2020 Records & Stat Highlights.

Commentator: Great Lost! What your opinion about Bowlers?

Kohli: The Reason is Mahi Bhai.

Commentator: But He was not in the team.

KL Rahul can be played as wicket keeper batsman. Rishabh Pant can be replaced by other all-rounder or batsman. pic.twitter.com/QtDfaU3XcG

If "aay kee hoya?" Had a face: pic.twitter.com/Sk26ttbzqW

U to traffic police- pic.twitter.com/4N9hkJRBYI

Australia’s last tour of India in 2019 was also a fruitful one as they registered a 3-2 triumph in the ODI series and are looking all set to replicate the history again. Moreover, a win in the second encounter will seal the deal for them and the third match will be made a mere dead rubber. On the other hand, the next game will be a do or die encounter for the home side and they must leave no stones unturned to snatch a victory. The second ODI will be played on January 17 at the Saurashtra Cricket Association Stadium in Rajkot and it will be interesting to see whether the Aussies will take their momentum forward or the Men in Blue will make a comeback.