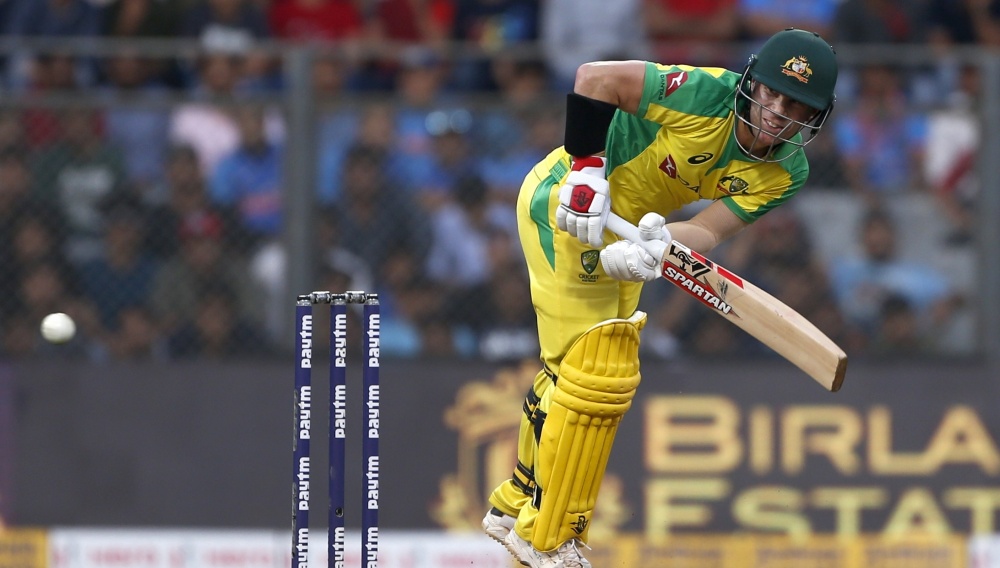 Humiliation was the word which comes to your mind as Australia defeated India by 10 wickets for the first time in the history of ODIs. This was the first ODI match played by the Indians in 2020. The Wankhede Stadium in Mumbai witnessed a series of bad performances from the Indians in the first ODI. Just after India won the T20I series against Sri Lanka, their dream run was halted by the mighty Aussies. Everything that could go wrong for the hosts, did! It was David Warner and Aaron Finch who single-handedly won the game for the Aussies as both brought up the highest opening partnership against India and remained unbeaten until the last ball. In this article, we bring you the vital stats of the match, but before that let’s check out on how the match panned out for both sides.India Vs Australia, Live Cricket Score 1st ODI Match.

For the Indians, things started going wrong from the toss itself. After winning the toss, Australia elected to field first. Right from the start of the game, Australians looked in total control of the game and made sure to not allow the Indian batsmen to score runs. Within the first five overs of the game, Rohit Sharma was sent packing after giving a beautiful start to the Indians. Shikhar Dhawan and KL Rahul fought hard and made a 121 run partnership to provide much-needed respite. But before KL could reach the 50 run mark, he was sent packing by the Aston Agar on the score of 47 runs. Dhawan departed on 74

Captain Virat Kohli also made way to the pavilion and wickets started falling one after another. Finally, the onus of the team rested on Ravindra Jadeja and Rishabh Pant who brought up the 49 run stand. Fortunately, Kuldeep Yadav and Mohammed Shami made a contribution and got India past the score of 250 runs. However, the hosts could not bat for full 50 overs and got bundled out in 49.1 overs.

Talking about the Aussies, David Warner and Aaron Finch walked out to bat with no intention of holding back. Right from the first ball itself, they were on the top gear. Within the first five overs, they had gone past the score of 30 runs whereas, Indian took seven overs to even reach a total of 30 runs. The two batsmen brought a partnership of the highest number of runs and broke a plethora of records. Check out the stat highlights below:

#David Warner also brought up 5,000 ODI runs in this match from 115 innings. He took fewer innings than Brain Lara, Shikhar Dhawan and Joe Root to reach the 5,000 run mark.

#Warner also became the fastest Australian to get to 5,000 run mark.

# Australia defeat India by 10 wickets for the first time

David Warner walked away with the Man of the Match award. The Australians now lead the series by 1-0. The Australian team will now head to Rajkot for the second ODI which will be held at the Saurashtra Cricket Association in Rajkot on January 17, 2020.