Ahead of IPL 2009, KKR coach John Buchanan announced they would use multiple captains, shuffling between McCullum, Gayle, Hodge, and incumbent Ganguly. In the end only McCullum led Kolkata. 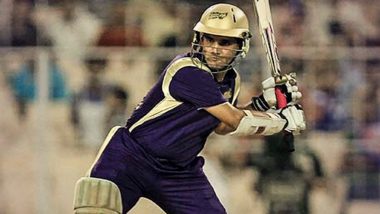 Kolkata were not the first franchise to make a change of captain that season. Royal Challengers Bangalore replaced Rahul Dravid with Kevin Pietersen and, later, Anil Kumble. Deccan Chargers appointed Adam Gilchrist in place of VVS Laxman. These three teams had finished at the bottom of the points table in 2008.

But Ganguly’s replacement, unlike the other instances, caused controversy. What was more, the other two changes bore fruit. The Chargers won the IPL that year, while the Royal Challengers finished runners-up. Kolkata, on the other hand, had a torrid time, winning only three matches out of 14. Not only did they come last, they finished four points behind seventh-placed Mumbai Indians. IPL Controversies- Part 3: Racism Allegations by Punjab Kings Cheerleaders in 2008.

But that was merely what happened on the field. Aakash Chopra and Sanjay Bangar, both of KKR, were asked to return to India after four matches (the tournament was being played in South Africa). They did not fit in the ‘scheme of things’, said Buchanan.

Ajay Jadeja, covering the tournament as television expert, alleged Andy Bichel, a member of the Knight Riders support staff of insulting Ajit Agarkar (‘you bloody Indian, do as you are told’). Soon afterwards, an insider from the KKR camp told the media how ‘racial discrimination is clearly prevalent in the side’. The nightmare continued that season. Dav Whatmore replaced Buchanan next season.

(The above story first appeared on LatestLY on Apr 07, 2021 06:08 PM IST. For more news and updates on politics, world, sports, entertainment and lifestyle, log on to our website latestly.com).