Fans were treated to absolute humdinger in the third T20I at Hamilton between India and New Zealand. The match ended in a tie and India eventually won the Super Over. This was New Zealand’s sixth Super Over defeat across formats. 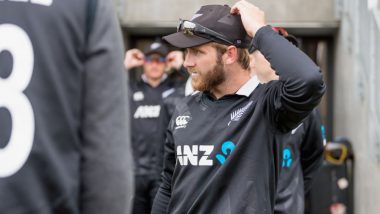 Fans were treated to absolute humdinger in the third T20I at Hamilton between India and New Zealand. The match ended in a tie and India eventually won the Super Over. This was New Zealand’s sixth Super Over defeat across formats. The most unluckiest one-over eliminator for Kiwis took place in the final of ICC Cricket World Cup 2019 against England. Though the Super Over ended in a tie but New Zealand lost on boundary count. Meanwhile, the Kane Williamson-led slump to yet another Super Over defeat, fans took to Twitter to share funny memes and jokes. India Wins Super Over, Netizens Hail Rohit Sharma and Mohammed Shami for their Heroic Performances in IND vs NZ 3rd T20I 2020 (Watch Video).

Interestingly, in the recently held five-match T20I series against England, New Zealand in the fifth and final game lost the Super Over as well. However, Williamson was not part of the team, and Tim Southee was leading the side.

When it comes to records, New Zealand have lost five out of six Super Overs in T20Is, and one out of as many in ODIs. The lone Super Over win for New Zealand came against Trans-Tasman neighbours Australia way back in 2010. Apart from Super Overs, New Zealand have featured in one bowl-out as well. Before Super Overs, bowl-outs were used to determine the winner. Kane Williamson Produces Batting Masterclass but Misses Maiden T20I Century During IND vs NZ 3rd T20I Match, Disheartened Netizens Feel for Captain Kane.

Here are Some Memes and Jokes We Found on Twitter

*Whenever Kane Williamson hear about Super over* pic.twitter.com/TR5Mki8lfQ

Been There, Lost That

*Kane Williamson And Super Over*

Following the Super Over win, India clinched the five-match series 3-0 with two games to go. This is India’s first T20I series win in New Zealand. Needing 18 to win in the Super Over, Rohit Sharma slammed Tim Southee for two sixes on last two balls to seal the deal.

(The above story first appeared on LatestLY on Jan 29, 2020 05:34 PM IST. For more news and updates on politics, world, sports, entertainment and lifestyle, log on to our website latestly.com).