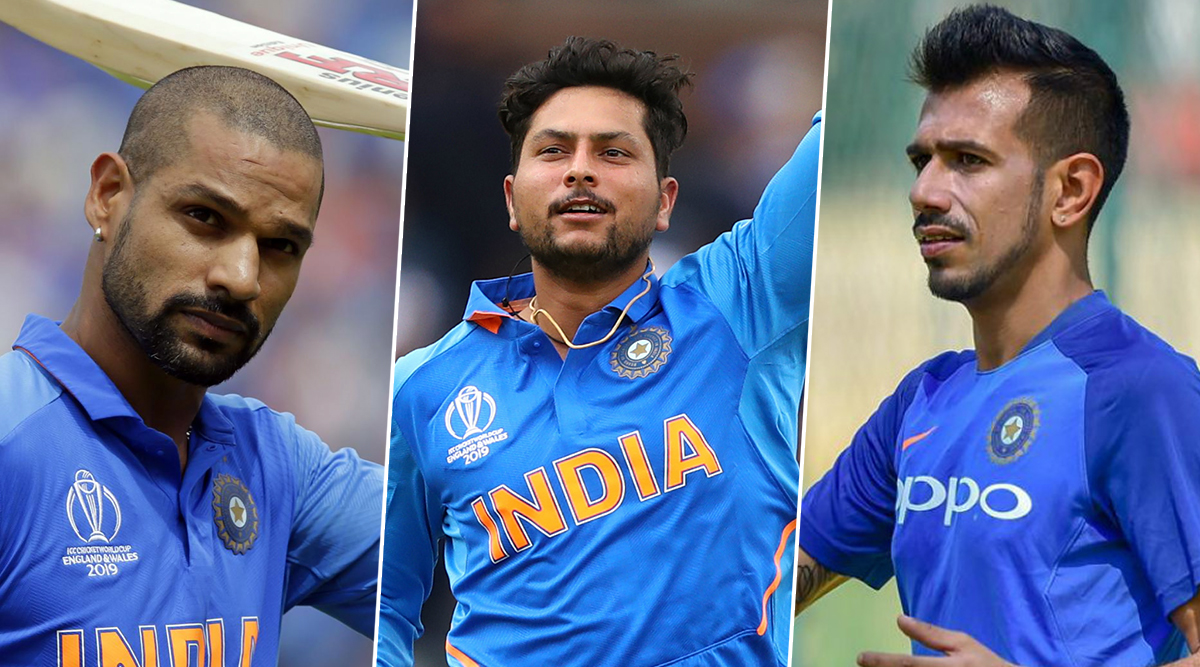 India’s left-arm wrist-spinner Kuldeep Yadav turns 25 on Saturday (December 14) and wishes are pouring in for the cricketer from all around the world. The chinaman is one of the best spinners going around and is an integral part of India’s limited over's side. Yadav has a scintillating record at the international level and West Indies must vary off him in the upcoming three-match ODI series against India, starting on December 15. On the occasion of his birthday, Shikhar Dhawan, Yuzvendra Chahal and many other cricket personalities lent wishes to the young bowler and below we’ll look at their greetings. Kuldeep Yadav Birthday Special: Times When Indian Spinner Bamboozled Batsmen With Chinaman Turn.

Kuldeep, who made his international debut on May 2017, has taken giant strides in international cricket and has given many prominent batsmen a run for their money. Talking about his career, the spinner has 96 wickets in 53 ODIs, 24 wickets in 6 Tests along with 37 wickets in 19 T20I matches. These numbers speak volume about Kuldeep’s abilities and the bowler will certainly be critical to India’s success in the upcoming assignments. The bowler also seems to be a fun-loving personality and certainly has a lot of friends in the team. Many of his colleagues also showered their blessings and wishes for Kuldeep on social media. Let’s look at some of those. Kuldeep Yadav Birthday Special: 7 Interesting Facts About the Chinaman Bowler as he Turns 25.

Dhawan Wishing in His Own Style!!

Birthday greetings to you @imkuldeep18 bro. Wish you lots of success in the years ahead 🤗 pic.twitter.com/t9p1nMrd1M

Happy birthday @imkuldeep18 bro 🤗 Wish you a great year ahead 🤝

Coach in Action Too!!

Many happy returns of the day to the Big and kool fellas. Enjoy. - @imkuldeep18 #BArun pic.twitter.com/l2IeoXKfPi

Kuldeep, who played the third India vs West Indies T20I in Mumbai, took two wickets in the match and looked in good touch. He must be seeking to put up a similar or even better performance in the ODI leg of the tour in order to dismantle the Caribbean batting-order and guide the Men in Blue to a series victory.