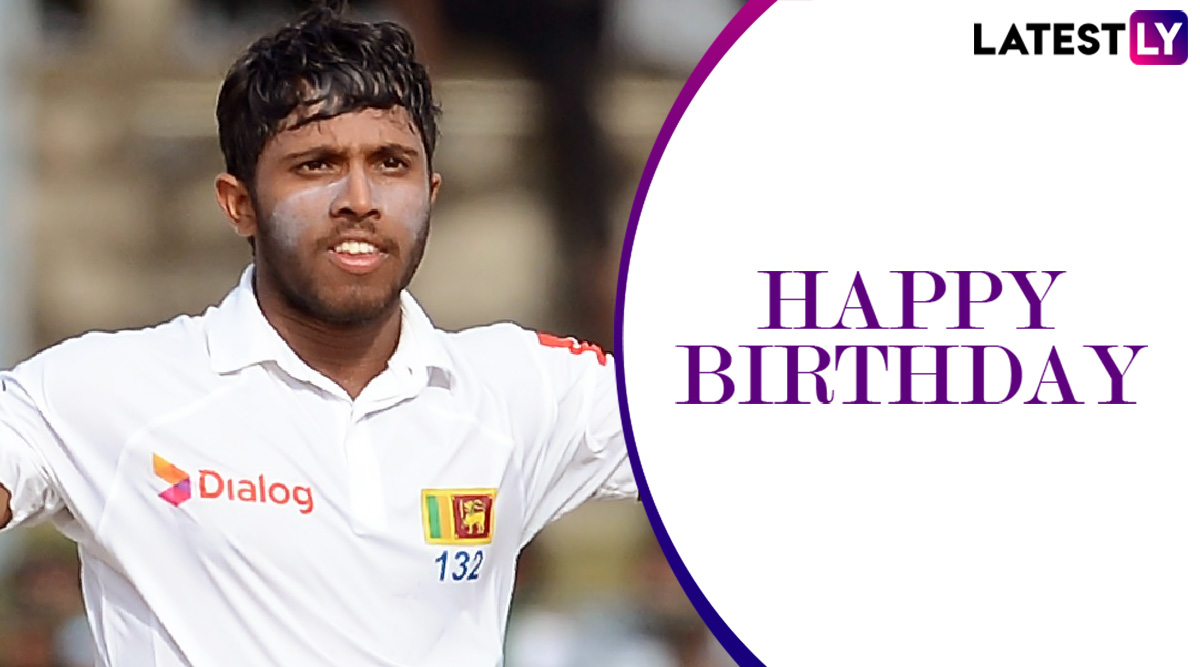 Sri Lanka's rising batting sensation, Kusal Mendis celebrates his 25th birthday on Sunday. Born on February 2, 1995, the right-handed batsman is a vital cog of the current Sri Lankan and is touted as a future star. Mendis is a sweet timer of the ball and his shots are nothing but elegant. After the retirement of giants like Kumar Sangakkara, Tillakaratne Dilshan and Mahela Jayawardene, the Lankan batting line-up became very fragile and badly needed a solid batsman in the top-order. Nevertheless, Mendis burst into the scenario and is expected to make Sri Lanka great again. Below, we'll look at some of his best knocks in international cricket. Kusal Mendis Ton Helps Lanka Draw Test, Win Series 1–0.

Making his international debut in October 2015, Mendis has displayed the glimpses of his potential in all the formats and is expected to put up some good performance ahead too. So far, the batsman has played 44 Tests- scoring 2995 runs which comprise seven centuries as well. He also has 1973 runs and 473 runs in 73 ODIs and 24 T20Is respectively. Well, these numbers might not be jaw-dropping. However, statistics certainly don't really display the circumstances of the match and so, we will some of the stupendous innings played by the batsman as he turns 25.

176 Against Australia in Pallekele

Sri Lanka were bundled out for 117 runs in the first innings of Australia's 2016 tour of the island nation. In their second innings too, they were reeling at 6/2 and Mendis came into bat. Despite the situation, he kept his nerves clam and went on to play a colossal century. He didn't lose his focus after reaching the landmark and was finally dismissed for 176 runs. His effort guided the hosts to 353 runs in their second innings and subsequently, to a 106-run victory.

196 Against Bangladesh in Galle

Another Mendis masterclass was witnessed during the first Test of Bangladesh's 2017 Tour of Sri Lanka. He came into bat after the early fall of Upul Tharanga but didn't look in any sort of pressure. He toiled the Bangla bowlers and scored runs all over the park. He crossed the hundred-run mark and looked all set for a double-century. Unfortunately, he fell six runs short but guided his side to a mammoth score of 494 in the first innings. The visitors were not able to make a comeback in the game and lost the match by 259 runs.

79 Against New Zealand in Pallekele

Along with his blitzes in Test cricket, Mendis has played some brilliant knocks in the shortest format of the game too. Well, his highest T20I score was registered during the first T20I of New Zealand's 2019 Tour of Sri Lanka. Opening the innings, Mendis attacked the Kiwi bowlers from the outset and gathered runs at a rapid pace. Be it pace or spin, Mendis looked brilliant in front of every bowler and scored 79 runs off just 53 deliveries, guiding his team to 174 runs in the first innings. However, the effort went in vain as the Blackcaps chased the target with five wickets in hand.

Mendis was last seen in action during the recently concluded two-match Test series against Zimbabwe. He looked in some great form there too and even scored a century in the second match. With the ICC World Test Championship coming to its latter phase, the right-handed batsman will be expected to extend his good run. Also, he is expected to open the Lankan innings during the ICC T20 World Cup 2020 in Australia. So, the upcoming days are quite crucial for the rising star and let's see how he accepts the challenge.