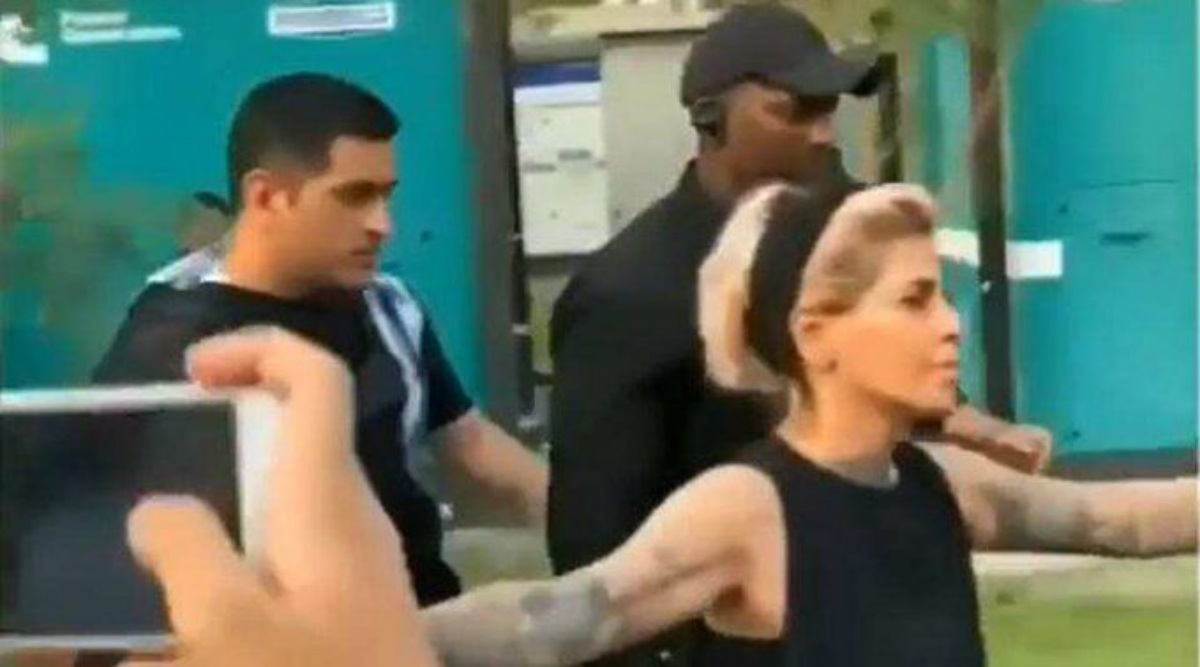 Mumbai, February 19: Mahendra Singh Dhoni is one of the most illustrated cricketers India have ever produced, which means wherever he goes, a crowd will follow him.

This could be seen in Thane, Maharashtra, where he had gone for an ad shoot and hundreds collected to get a glimpse of the former India captain.

Sapna Bhavnani, Dhoni's hairstylist who is also a former contestant in the popular television reality show Bigg Boss, posted a video in which she could be seen doubling up as a bodyguard for the 2011 World Cup winner. "90% Security 10% Hair 500% Fangirl," she wrote in the caption.

Dhoni has been on a sabatical from cricket since July 2019. He last played for India in the 2019 World Cup semifinal which they lost by 18 runs against New Zealand.

The 38-year-old's long absence from the game has led to questions over his future with the Indian team.

Rishabh Pant and later K.L. Rahul have filled in as wicketkeepers in ODIs and T20Is in Dhoni's absence. He is expected to make a comeback to the cricket field in the 2020 edition of the Indian Premier League where he will lead the Chennai Super Kings.