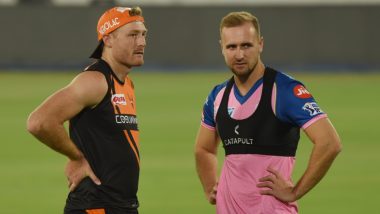 Livingstone, who played for Rajasthan Royals in the IPL and for Peshawar Zalmi in the PSL this year, said that it was special to play cricket in places that have not hosted live cricket for a while in Pakistan. "It was great to play in places that hadn't seen live cricket for a while, such as Multan, where the atmosphere was unbelievable," he added. "I think the stadium holds around 30,000 but I'm adamant there were about 50,000 there. They cheer for anything and don't support any particular team," he said. Liam Livingstone, Babar Azam Break PSL Partnership Record.

Both the PSL and IPL had to be postponed due to the coronavirus pandemic. The PSL was already underway when the pandemic started causing a global crisis and interfering with the cricket calendar. It triggered an exodus of foreign players after which the Pakistan Cricket Board initially decided to shorten the knockout stage of the tournament. Eventually, the tournament itself was postponed.

The IPL meanwhile was scheduled to start on March 29 but it was postponed initially to April 15. With the lockdown in India extended to May 3, the IPL has since been indefinitely postponed.

(The above story first appeared on LatestLY on Apr 17, 2020 07:07 PM IST. For more news and updates on politics, world, sports, entertainment and lifestyle, log on to our website latestly.com).