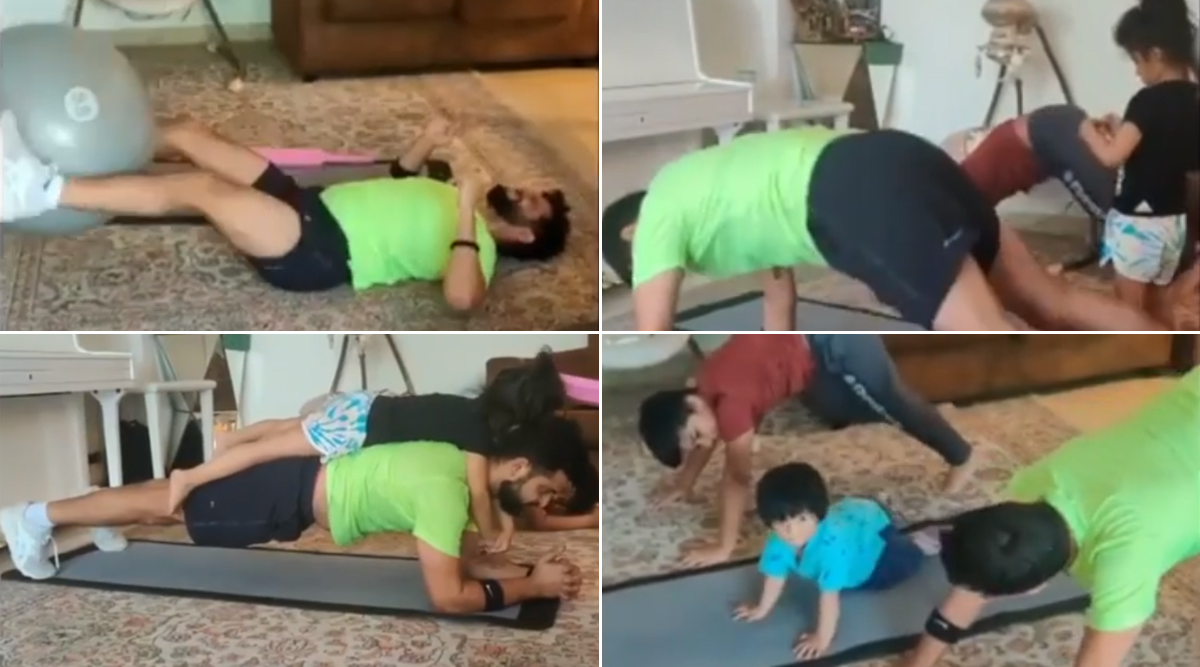 As the COVID-19 lockdown has restricted people from going outside home, many athletes are working out at home to remain fit and cricketers are no different. Recently, India’s swashbuckling batsman Suresh Raina also took to his official Instagram account and shared a video in which he was seen working out. The noticeable thing was that his daughter Gracia and two other kids were always around him during the exercise. Raina himself admitted that exercising with kids can be tough but believes that their innocent smiles and giggles can blossom hearts too. Suresh Raina Promises to Donate Rs 52 Lakhs, Urges Netizens to Contribute Amid Coronavirus Crisis.

“Working out with toddlers can be quite the challenge but then again -- weighted planks and innocent giggles. What's not to love,” read the caption of the video clip shared by the Chennai Super Kings (CSK) star on the micro-blogging website. Just like many other cricketers around the globe, the southpaw has also become more active on social media after the lockdown. Raina has been constantly appealing from the fans to follow government’s directives in this time of global health scare and be safe. Meanwhile, let’s look at the adorable video shared by Raina.

Working out with toddlers can be quite the challenge but then again -- weighted planks and innocent giggles. What's not to love? ❤ #stayhome #trainhard #ilovekids #familytime

Raina, who was suffering from a knee injury, has been out of action for quite a while. However, he was set to take the field again in the 2020 edition of the Indian Premier League (IPL) where he represents CSK. However, the gala T20 tournament has been postponed and according to several reports, IPL 2020 is set to get called off too.