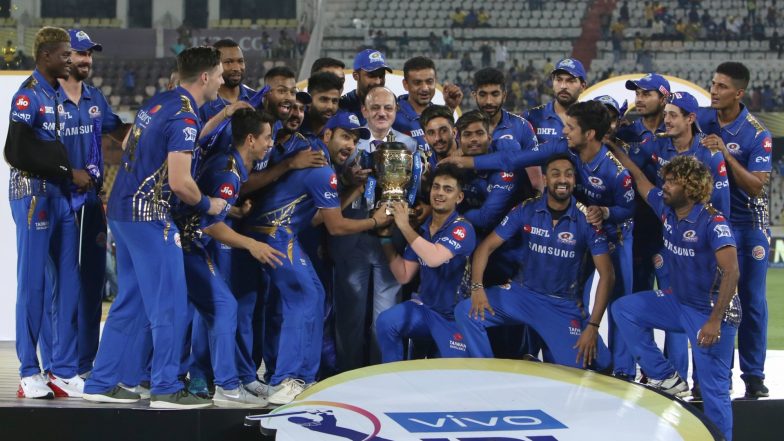 The team got a very warm welcome into the city with a band of Nashik dhols going berserk. Many fans followed the open bus as the players greeted them. The pictures and videos were shared by the fans on social media. The Mumbai Indians went on to win the IPL 2019 title yesterday by a run and beat MS Dhoni’s Chennai Super Kings at the Rajiv Gandhi International Stadium in Hyderabad.

Mumbai is getting ready to welcome the Champions...🥁

Players of Mumbai Indians pose for a selfie with fans.

A clip posted by a fan.

Led by Rohit Sharma, the Mumbai Indians posted a target of 149 runs on the board after winning the toss. Kieron Pollard stole the limelight by remaining not out on 40 despite the fact that Mumbai Indians kept on losing wickets from the other end. Chennai Super Kings, on the other hand, got a good start with Shane Watson remaining almost till the fag end of the game.