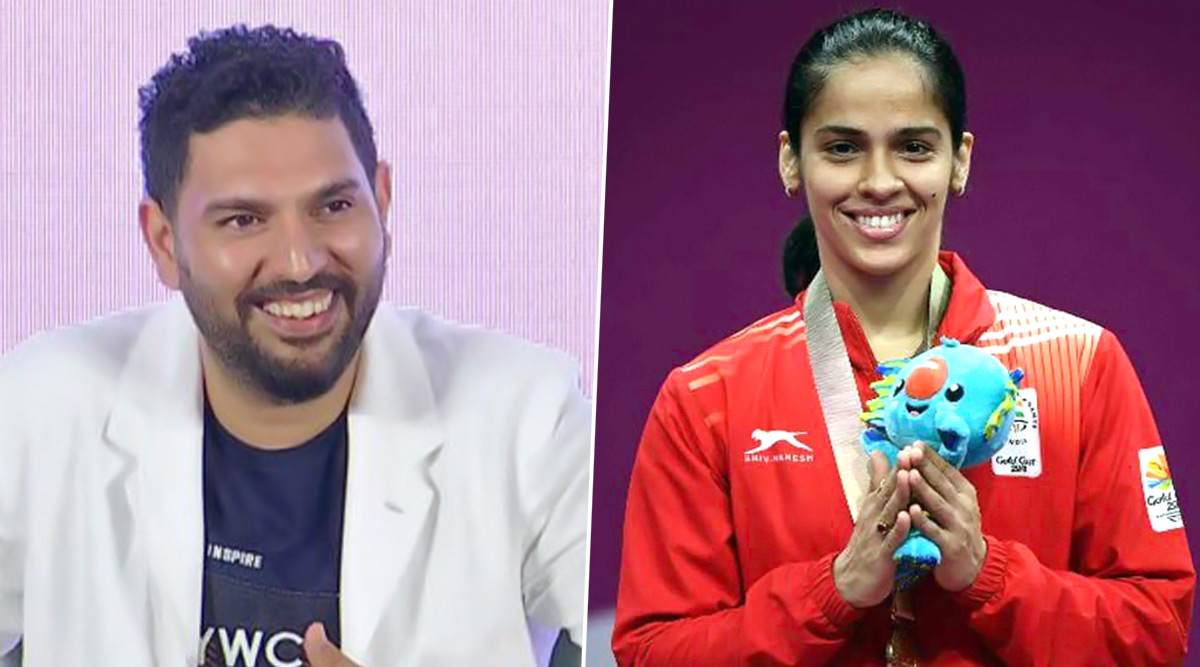 India's badminton sensation Saina Nehwal celebrates her 30th birthday on Tuesday (March 17, 2020) and wishes are pouring in for the star from all around the world. Former Indian all-rounder Yuvraj Singh was also one of the netizens who took to Twitter and extended birthday greetings for the star. The 2011 World Cup-winner termed Nehwal a 'swashbuckling champion' and wished her. Both the stars are two of the most prominent sports personalities in India and also seem like sharing a great bond too. On some previous occasions too, the two have shown their mutual admiration for each other through social media. Thus, Yuvraj's birthday wish was on the cards. Saina Nehwal Birthday Special: Lesser Known Facts About Ace Indian Shuttler.

"Wishing our swashbuckling champion a very happy birthday @NSaina" wrote the talismanic cricketer on the microblogging website. Saina, who is the first Indian badminton player to clinch a gold medal in Olympic games, has made India on many occasions and is expected to continue to do so. Her medal cabinet is also sensational by any standards. Even a biopic is being made on her starring Parineeti Chopra. Meanwhile, let's look at Yuvraj's message for the birthday girl.

The ongoing year 2020 will be very crucial for Nehwal as the Tokyo Olympics are scheduled to take place in June and the star will certainly aim to make a mark there.

Speaking of Yuvraj Singh, the Punjab-born cricketer bid adieu to international cricket in 2019 and since then, has featured in few T20 matches.