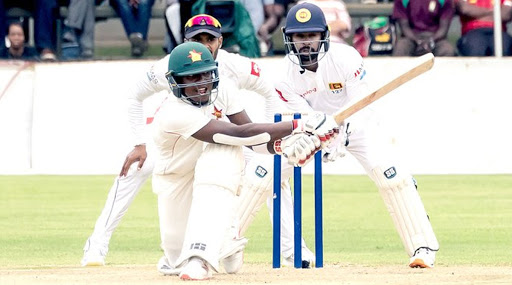 Day 2 of the Zimbabwe vs Sri Lanka 1st Test was ended early due to bad light and the visitor's train by 316 runs. It was a mixed day for the visitors as they started the day on the front foot by picking up three quick wickets and then came back with the same vigour in the second session to take another three scalps but were frustrated by the last two wickets. Meanwhile, fans searching for the live scorecard and ball-by-ball commentary of Zimbabwe vs Sri Lanka first Test Day 3 can scroll down below for further details. Zimbabwe Vs Sri Lanka, Live Cricket Score 1st Test Match.

Craig Ervine was wonderful on the second day of the match as he scored 85 runs off 187 deliveries. Sikandar Raza and Donald Tiripano also contributed important runs with the bat as Zimbabwe reached a commanding total of 358. Lasith Embuldeniya was terrific with the ball as he completed a five-wicket haul while Suranaga Lakmal bagged three wickets for himself. In reply to Zimbabwe, Sri Lanka are 42/1 at the end of Day 2s play.

Dimuth Karunaratne and Kusal Mendis are out there on the pitch for the visitors’ with the former looking in fine touch. Both batsmen will be looking to weather early Zimbabwe onslaught and build a good partnership on Day 3 of ZIM vs SL 1st Test.