The 2023 Asian Cup football tournament will be relocated from China to a new host, the Asian Football Confederation (AFC) and the tournament's Local Organising Committee announced on Saturday. 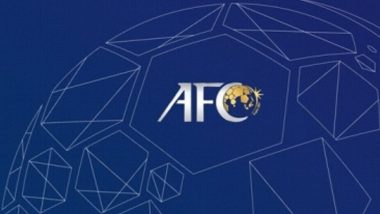 "The Organising Committee hereby expresses sincere gratitude to the AFC, all host cities and the whole society for their great support during the tournament's preparations," the statement added, reports Xinhua. The AFC said in a separate statement that it appreciates that China, the CFA and the Local Organising Committee have made "this very difficult but necessary decision in the collective interests of the AFC Asian Cup 2023, which has also provided the AFC the required time to assess the situation regarding the hosting of the AFC Asian Cup 2023. Cesc Fabregas Confirms Monaco Departure at the End of a Injury-Ravaged Season.

"The AFC worked closely with the CFA and the AFC Asian Cup China 2023 Local Organising Committee during the preparations and several milestones were achieved, including the launch of the tournament logo and the unveiling of the newly-completed Shanghai Pudong Football Stadium last year," the Asian football governing body added. Details about the next steps related to the hosting of the Asian Cup will be announced in due course, the AFC said. China was awarded the hosting right of the 2023 Asian Cup in June 2019. The 24-team competition was scheduled to be hosted across 10 Chinese cities.

(The above story first appeared on LatestLY on May 14, 2022 04:39 PM IST. For more news and updates on politics, world, sports, entertainment and lifestyle, log on to our website latestly.com).