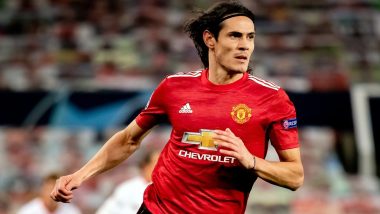 For the Red Devils, seven of them ended up being on target. For the home team, three of them were on target. Manchester United handled the ball 54 per cent of the time and the rest was handled by Tottenham. United's passing accuracy was 83 per cent whereas, for Jose Mourinho's men passed the ball accurately 81 per cent of times.

Now, let's have a look at the tweets

Big big win!! The final part of the season is coming and we’re ready for it! 💪🏻🔴⚫️ #mufc pic.twitter.com/nE8KEgOPSC

Good win away from home🔴👊🏼 pic.twitter.com/oMqLosK34X

(The above story first appeared on LatestLY on Apr 12, 2021 10:16 AM IST. For more news and updates on politics, world, sports, entertainment and lifestyle, log on to our website latestly.com).