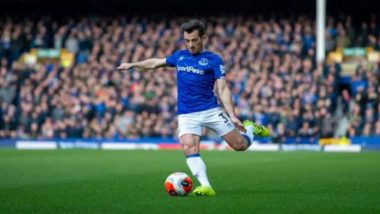 He made his final appearance in Everton's closing game of 2019/20 Premier League season, against Bournemouth, coming on for Lucas Digne with 20 minutes remaining on Sunday evening.

"I am incredibly proud to have represented Everton for the past 13 years and my decision to retire has been a difficult one to make," the 35-year-old was quoted as saying by the club's official website.

"After speaking to my family, I feel now is the right time to end my playing career but I do so with many great memories at this proud football club.

"As someone from the city, Everton means so much to me and it has been an honour to be part of the club for so long.

"I would like to thank everyone who has supported me during my time at Everton, especially the fans who have been fantastic with me from the moment I signed," he added.

Baines was capped 30 times by England and is third in Everton's list of Premier League appearance makers after 348 top-flight games for the club.

(The above story first appeared on LatestLY on Jul 27, 2020 11:43 AM IST. For more news and updates on politics, world, sports, entertainment and lifestyle, log on to our website latestly.com).