The England international could be used from the bench by Mourinho if things are not going his way. 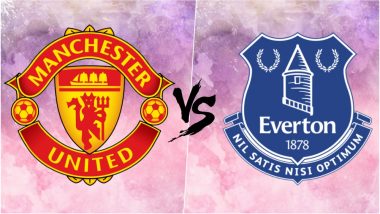 Manchester United face Everton at Old Trafford in a make or break game for their season which is threatening to come apart. Last weeks 2-2 draw with Chelsea was followed by a below par 0-1 loss to Juventus which left Jose Mourinho’s men with one win in last seven games. Their opponents Everton have won their previous three games in the league, and things are looking bright for Marco Silva. The Old Trafford is no longer the place it used to be once with away sides dominating United who create very little on home turf. This trend will have to be reversed if United are to get the valuable three points. If you are searching for live telecast and online streaming details of Manchester United vs Everton, EPL 2018-19, match, then you can find the relevant information here. Manchester United vs Everton - Live Football Score, Match 99 - Summary and Highlights.

Early team news coming from the home camp is that Jesse Lingard could be back in the squad after recovering from a groin injury. The England international could be used from the bench by Mourinho if things are not going his way. Alexis Sanchez and Marouane Fellaini are both out with injuries. Romelu Lukaku who has not scored in eight games could make it to the playing eleven again as there is no one replace him which is staggering considering the stature of United. In defence, all eyes will be on Victor Lindelof who was brilliant in the midweek clash against Juventus.

Everton may start Yerry Mina for the very first time with fans desperate to see the former Barcelona man in the team. Another Barcelona man Andre Gomes who has looked good for the team will dictate play for the Toffees in midfield. Cenk Tosun will have to settle for a place on the bench as Brazilian Richarlison could be the central striker. The 21-year-old is one of the most exciting players in the league and is a fans favourite at Everton.

United have won five of the last seven games against Toffees including the 4-0 drubbing it handed to them during last season’s fixture. What they will need is an early goal to calm the nerves of the home fans and then be on front foot. It is easier said than done though considering how poor Manchester United have been.

Manchester United vs Everton, match of English Premier League 2018-19 will take on October 28, Sunday at 9.30 pm IST in Old Trafford.

Where to Watch Live Telecast of Manchester United vs Everton, EPL 2018-19 Football Match?

If the fans cannot watch the match live on their TVs, then they watch it through online streaming on Hotstar. Also, fans can catch Manchester United vs Everton live updates through LatestLY, by clicking here.

(The above story first appeared on LatestLY on Oct 28, 2018 08:04 PM IST. For more news and updates on politics, world, sports, entertainment and lifestyle, log on to our website latestly.com).