Matic later poked fun at Ronaldo and Fernandes reminding them of the incident. Matic, who retired from international football in 2019, shared a screenshot of the incident on his Instagram story and tagged both Bruno Fernandes and Cristiano Ronaldo. The former Serbia midfielder jokingly insisted that the officials made the right call. 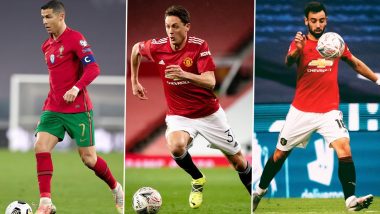 Nemanja Matic trolled Cristiano Ronaldo and Manchester United Bruno Fernandes in the wake of Portugal’s 2-2 draw against Serbia in the FUFA World Cup 2022 qualifiers. Both teams shared spoils after Ronaldo and Portugal were controversially denied a goal in the dying moments of the match. Ronaldo seemed to have scored the winner for Portugal after Aleksandar Mitrovic and Filip Kostic had cancelled Diogo Jota’s first-half brace. But Ronaldo’s goal was disallowed although the ball had crossed the line and with no VAR or goal-line technology to overturn the call, Portugal had to settle for a draw. Cristiano Ronaldo Misses A Sitter During Portugal vs Luxembourg Match in 2022 FIFA World Cup Qualifiers, Twitter Reacts.

The incident occurred in the second of a four-minute injury time. With the game heading towards a 2-2 draw, Ronaldo received a ball from the left-channel, cut across the goalkeeper and played the ball into the net but it was cleared by Stefan Mitrovic and the referee waved play on. But replays showed the ball had already crossed the line and should have been awarded as a goal. Incensed at the horrible error, Ronaldo took off his captain’s armband, threw it on the ground and stormed off the pitch. Cristiano Ronaldo Leaves Field After Being Robbed off a Winning Goal During Serbia vs Portugal Match in 2022 FIFA World Cup Qualifiers.

Referee Danny Makkelie apologised after the match for his costly mistake that denied Portugal all three points. Matic later poked fun at Ronaldo and Fernandes reminding them of the incident. Matic, who retired from international football in 2019, shared a screenshot of the incident on his Instagram story and tagged both Bruno Fernandes and Cristiano Ronaldo. The former Serbia midfielder jokingly insisted that the officials made the right call. 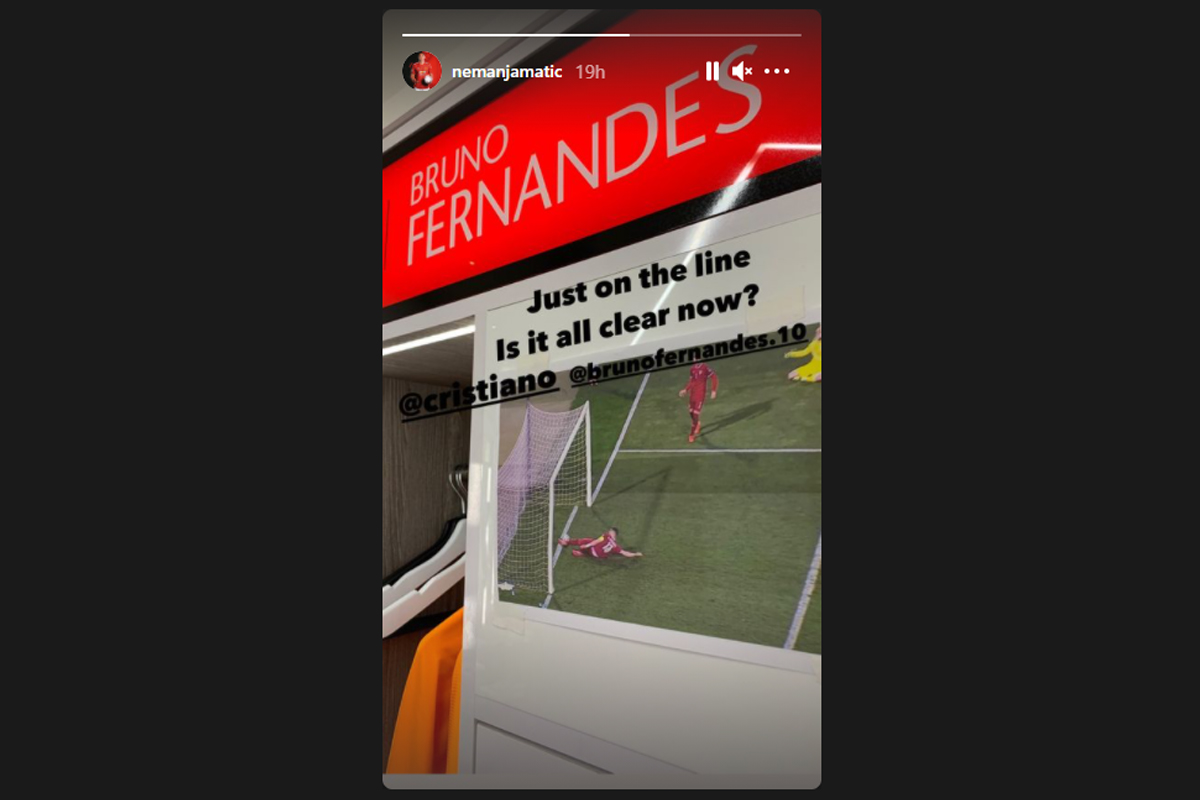 Portugal coach Fernando Santos later confirmed that the referee apologised for the incident. “The referee apologised and I have great respect for him, but it is not permissible that, in a competition like this, there is no VAR or goal-line technology,” he said. “The ball was half a metre inside the goal, there was no obstacle between the goalkeeper and the goal line. It was very clear.  He (Makkelie) apologised to me but this is not going to solve the problem. The referees make mistakes, they are human, but this is what VAR exists for.”

Portugal, meanwhile, beat Luxembourg 3-1 to climb back on top of Group A in the FIFA World Cup 2022 qualifiers. The Euro and Nations League winners came back from a goal down to beat Luxembourg 3-1 with Diogo Jota, Cristiano Ronaldo and Joao Palhinha scoring the goals for Portugal.

(The above story first appeared on LatestLY on Mar 31, 2021 10:34 AM IST. For more news and updates on politics, world, sports, entertainment and lifestyle, log on to our website latestly.com).